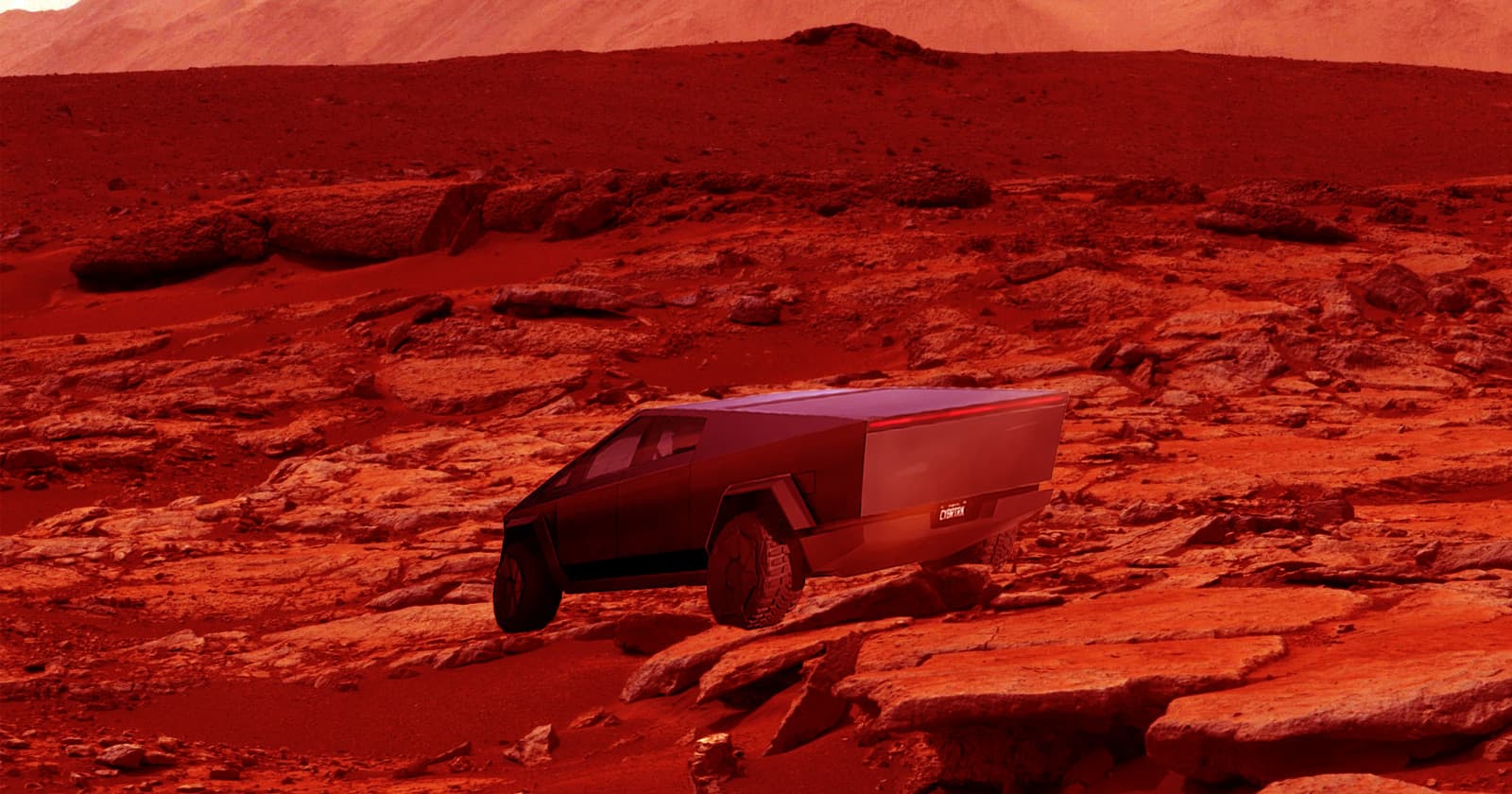 Elon Musk Hints That a Cybertruck Is Headed to Mars

Is this for real? Or does Musk just enjoy trolling people online?

Is this for real? Or does Musk just enjoy trolling people online?

When SpaceX's Starship heads to Mars in 2022, its payload could include a Tesla Cybertruck. Maybe.

SpaceX and Tesla CEO Elon Musk has been hinting that his companies might once again team up to send a car into space — and depending on how you interpret one of his latest tweets, it's starting to look even more likely that a Cybertruck could be headed to the Red Planet.

In November 2019, Musk declared via Twitter that a pressurized version of Tesla's Cybertruck would be the "official truck of Mars." The following month, he noted in another tweet that Starship would have the payload capacity for a Cybertruck.

Then, on December 29, a Twitter user straight up asked Musk if a Cybertruck will be on board the 2022 Starship mission. His response? A single emoji: 😎

None of this is exactly a definitive confirmation, but right now, it seems one of the following is certain: either SpaceX is seriously considering sending a Cybertruck into space, or Musk really enjoys trolling people with the idea.

More on the Cybertruck: Elon Musk Might Send a Tesla Cybertruck to Space