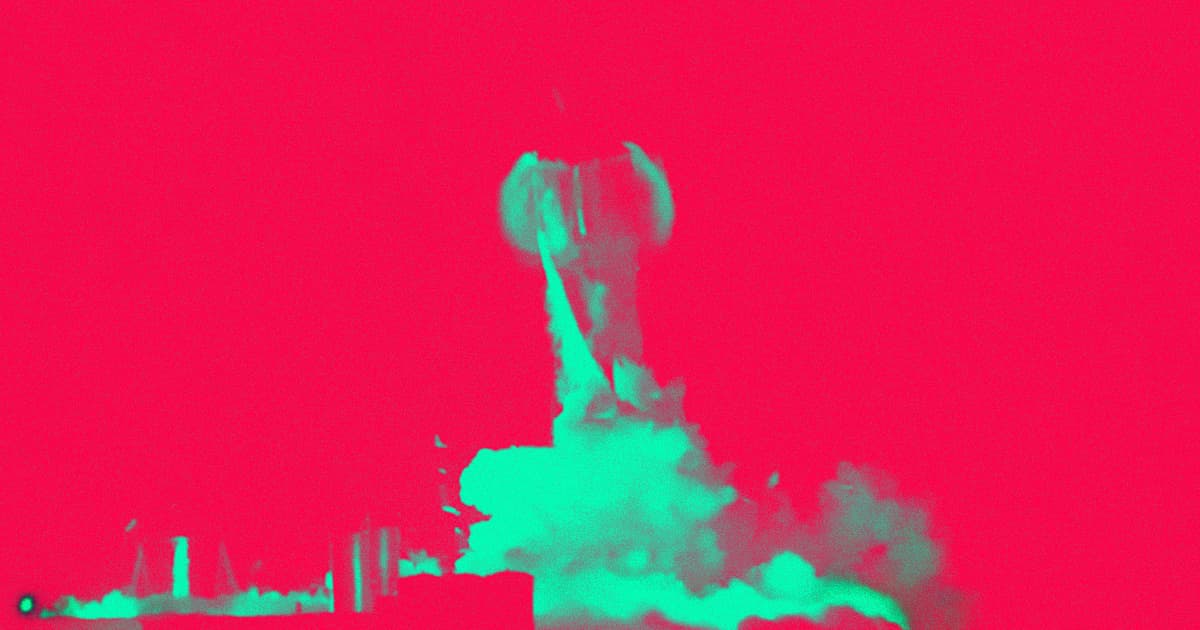 Early Monday morning, SpaceX CEO Elon Musk tweeted a link to a video showing a Starship prototype exploding in a massive cloud of gas at the company's testing facilities in Boca Chica, Texas.

The Starship in question, "Starship SN1," was an early prototype used by the space company to test out small design changes.

But considering that Musk is already talking about testing an "SN2" prototype, the explosion seems to be relatively inconsequential for the development of the Starship.

"We’re stripping SN2 to bare minimum to test the thrust puck to dome weld under pressure, first with water, then at cryo," Musk wrote in a Monday tweet. "Hopefully, ready to test in a few days."

The SpaceX teams at Boca Chica have been hard at work on a launch-worthy Starship spacecraft — a towering 400 foot colossus of stainless steel.

The company is hoping to send the first iteration to an altitude of 22.5 km (74,000 feet) as early as March according to filings with the Federal Communications Commission.

Elon Musk has extremely ambitious plans in store for the spacecraft. First, he wants to visit the Moon, then Mars — and eventually establish an entire Martian colony by 2050, one million people strong, by sending thousands of Starships loaded with cargo and passengers to the Red Planet.

More on Starship: What in Tarnation Is This “SpaceX Village” by the Starship Launch Site