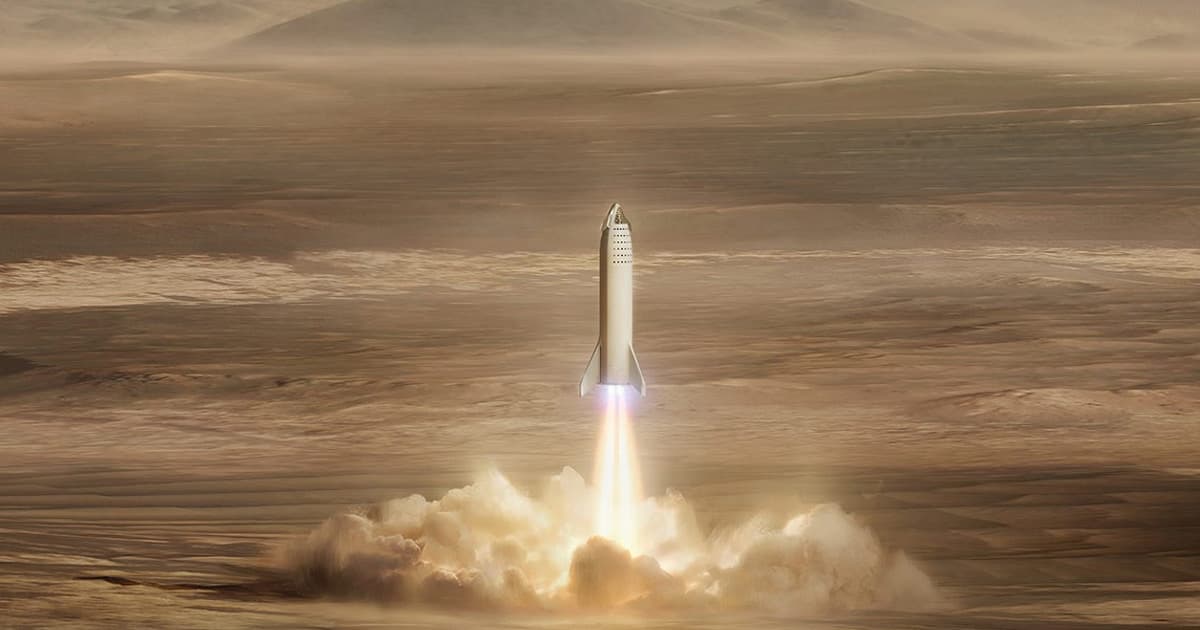 "But it'll be pretty glorious if it works out."

"But it'll be pretty glorious if it works out."

During Monday's virtual Humans to Mars summit, SpaceX CEO Elon Musk elaborated on his grand ambitions of building a self-sustaining city on Mars by the year 2050 — and the potential dangers settlers will face in the construction of such an extraplanetary civilization.

"I want to emphasize, this is a very hard and dangerous and difficult thing," he added. "Not for the faint of heart. Good chance you'll die. And it's going to be tough, tough going, but it'll be pretty glorious if it works out."

Musk also discussed progress on his space company's Starship, a gigantic spacecraft that's meant to ferry up to 100 passengers or 100 tons of cargo as far as Mars.

Building a Martian city using Starship would be an undertaking of unprecedented proportions. Last year, Musk claimed that "a thousand [Starships] will be needed to create a sustainable Mars city as the planets align only once every two years," as Musk wrote in a November 2019 tweet.

"We’re making good progress," Musk noted during Monday's summit. "The thing that really impedes progress on Starship is the production system... A year ago there was nothing there and now we’ve got quite a lot of production capability. So we’re rapidly making more and more ships."

The CEO also said that SpaceX will "do hundreds of missions with satellites before we put people" on board Starship.

The company recently "hopped" the fifth iteration of its full-scale Starship prototype to a height of 150 meters. Many future prototypes are already under construction, as well as the Super Heavy, a gigantic rocket booster meant to launch Starship.