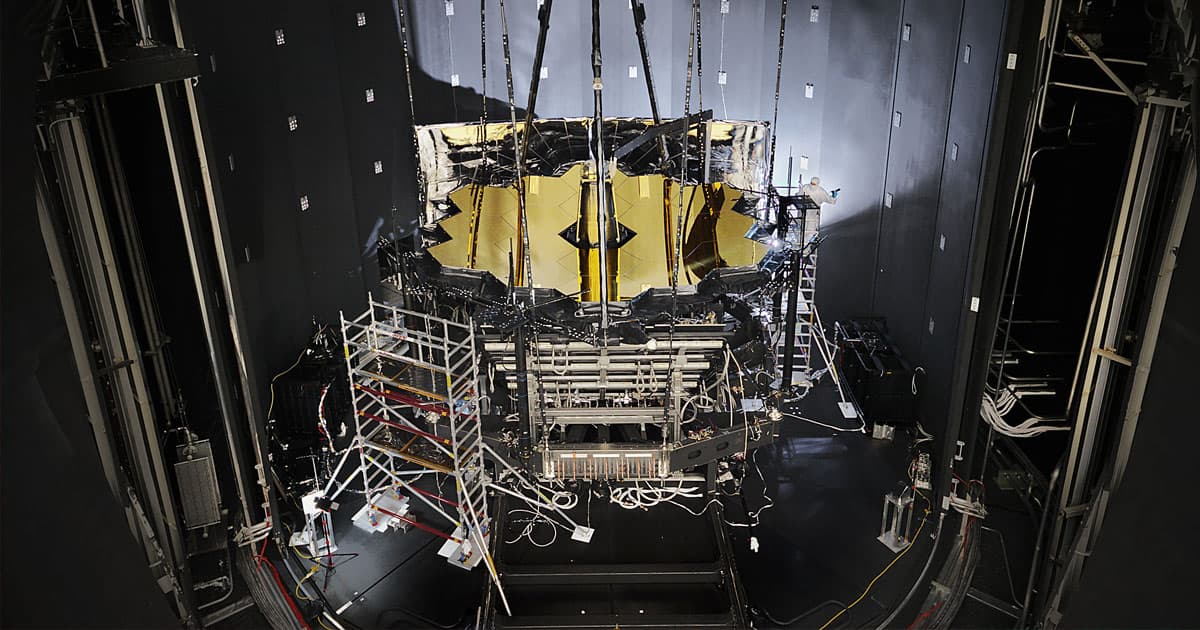 "I'm very excited about a future of space-based telescopes that could be very large."

"I'm very excited about a future of space-based telescopes that could be very large."

After ongoing criticism over how bright SpaceX's Starlink satellites appear from the ground, Elon Musk has a new solution for how astronomers can continue their work uninterrupted.

Speaking to a committee of the National Academies of Sciences, Engineering, and Medicine, Musk suggested that research agencies partner up with SpaceX to launch new orbital observatories even higher up than Starlink satellites orbit, CNET reports. That way, they'll have an unimpeded view as they scan the cosmos.

Detached from the current situation, Musk's suggestion sounds like a cool, aspirational project for scientists to get behind.

"I'm very excited about a future of space-based telescopes that could be very large," Musk told the committee.

But it's a tortuous workaround given that his company, with its plan to launch tens of thousands of satellites, is the one blocking astronomers' view in the first place.

Presently, Musk's plan to minimize his satellites' interference on scientific research and other forms of stargazing is to equip them with sunshades to make them less reflective and appear dimmer from the ground.

"We will take further steps as needed," Musk told the committee, according to CNET. He seemed to suggest their concern was unjustified, adding "we'll feel a bit silly in hindsight."

Hubble Tension
Most Precise Measurements of the Universe Suggest That Something Is Very Wrong
10. 20. 22
Read More
Sir!
Elon Musk: "Doesn’t Seem to Be Any Life in This Solar System"
10. 16. 20
Read More
Bright Streaks
Scientists: SpaceX Satellites Threaten "Astronomy Itself”
11. 12. 19
Read More
+Social+Newsletter
TopicsAbout UsContact Us
Copyright ©, Camden Media Inc All Rights Reserved. See our User Agreement, Privacy Policy and Data Use Policy. The material on this site may not be reproduced, distributed, transmitted, cached or otherwise used, except with prior written permission of Futurism. Articles may contain affiliate links which enable us to share in the revenue of any purchases made.
Fonts by Typekit and Monotype.