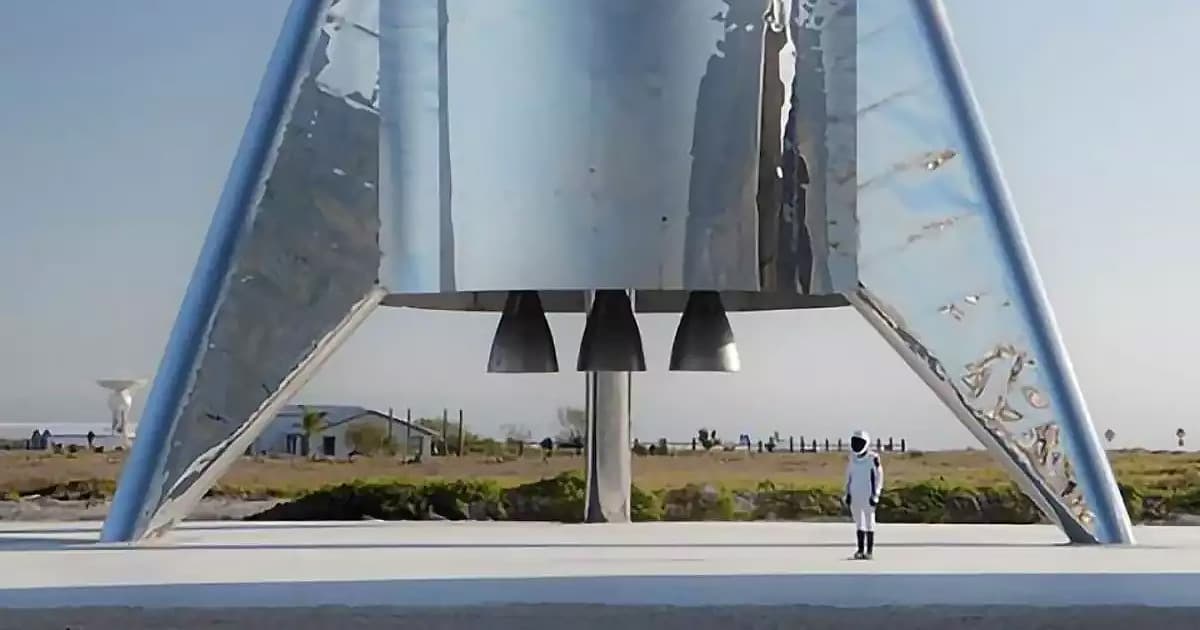 "The design has coalesced."

"The design has coalesced."

According to SpaceX CEO Elon Musk, the space company will give an update on its Starship spacecraft in about three weeks.

"The design has coalesced," Musk tweeted. "What is presented will actually be what flies to orbit as V1.0 with almost no changes."

SpaceX has been churning out prototype after prototype to get Starship off the ground. Previous prototypes, such as SN5 and SN6, have already completed "hops" to 150 meters (about 500 feet).

The company is currently working on SN8, which is being prepared for a much more ambitious test flight to 12 miles. But there's still no indication when such a test will take place.

The design was recently outfitted with two flaps and rolled out onto the launch pad. The flaps will help it slow its descent back down to Earth during a daring "belly-flop" maneuver.

Starship is designed to carry up to 100 passengers or 100 tons to faraway places including the Moon and Mars.

Before — or if — it ultimately makes the long journey to Mars, a lunar lander variant of Starship is being considered by NASA to carry American astronauts to the Moon as part of its Artemis program as soon as 2024.