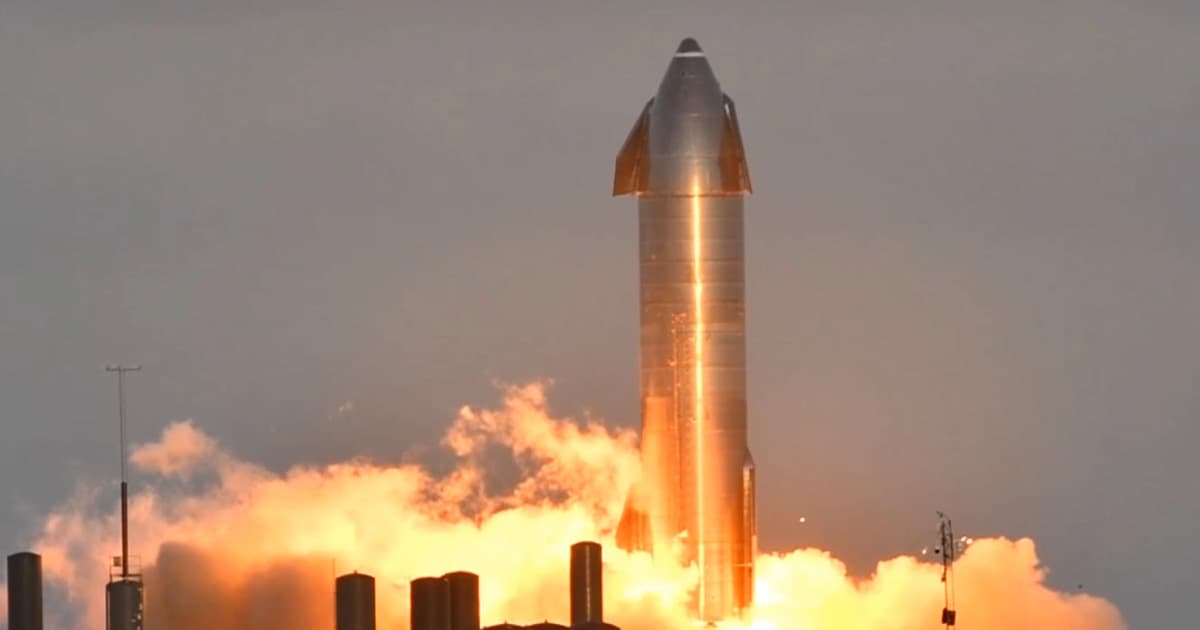 SpaceX Fires Up Starship Engines Ahead of Miles-High Flight Test

The first test flight, to nine miles, could happen as soon as next week.

The first test flight, to nine miles, could happen as soon as next week.

SpaceX fired up the three Raptor engines attached to its latest Starship prototype, called SN8, for the fourth time on Tuesday evening.

The successful test means the prototype could go on to make its maiden voyage to roughly nine miles in altitude as soon as next week, according to a Tuesday tweet by SpaceX CEO Elon Musk.

"Goals are to test 3 engine ascent, body flaps, transition from main to header tanks & landing flip," Musk said, describing the manuevers SN8 will be put through during its first-ever test flight.

If all goes according to plan, the massive prototype will take off vertically and fly miles high before tumbling back down to the surface while using its "belly" to slow itself down.

Once it closes in on the landing pad, the prototype will lift itself upright again using side boosters to slow its descent further, as shown in a fan-made animated video that Musk himself called "very close to actual expected flight."

The final Starship is designed to eventually use three sea-level variant Raptor engines as a second stage to reach orbital velocity, with an additional three vacuum-optimized engines, which are far bigger, to accelerate it through space. SN8 is currently outfitted with only the first three.

SpaceX is also working on a first stage rocket booster that will fire before either of those systems, called Super Heavy. That gigantic system will feature around 30 Raptor engines just on its own.