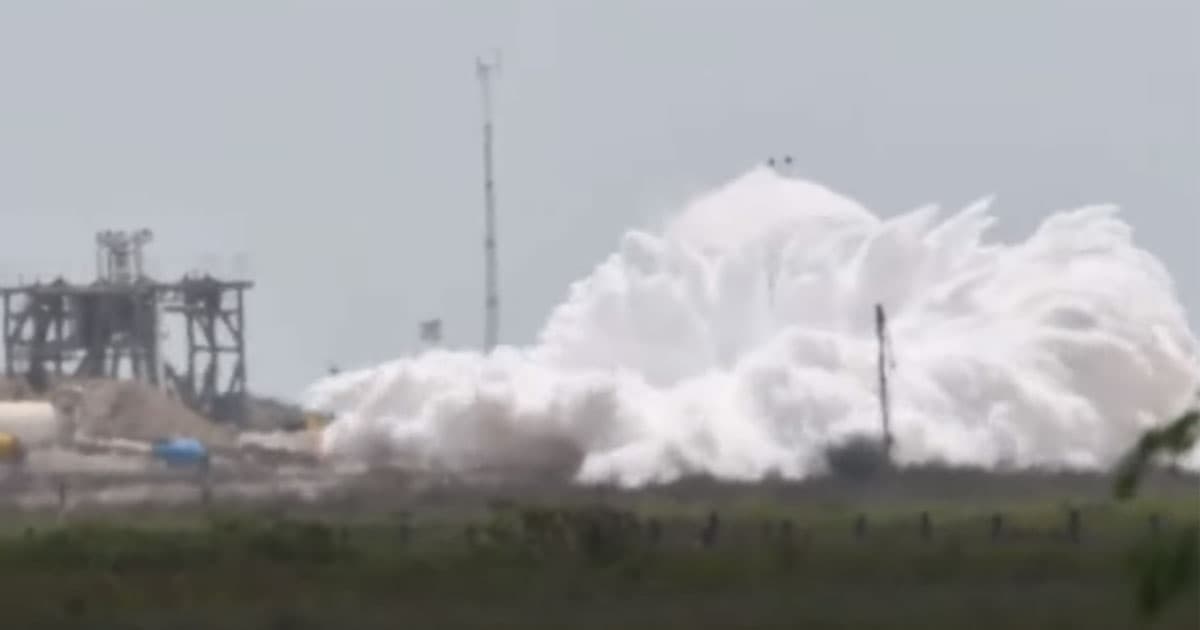 SpaceX Blows Up Another Starship Tank, This Time on Purpose

"Leak before burst is highly desirable."

"Leak before burst is highly desirable."

Yesterday, SpaceX conducted a test on its seventh Starship prototype — essentially a large tank the company dubbed SN7 — at its testing site in Boca Chica, Texas.

The test resulted in a massive explosion of cloudy nitrogen gas — but that was more or less the point of the exercise.

RIP SN7 Test Tank. Thanks for the data!

Unlike the SN4 prototype that was completely obliterated in a massive fireball last month, this explosion was an intentional bid by SpaceX to probe the limits of the prototype using super-chilled liquid nitrogen, as Space.com reports.

When asked if this tank will be "tested to destruction" on Twitter earlier this month, SpaceX CEO Elon Musk responded with a chilled-out "yes."

A test of the SN7 Starship tank last week didn't result in an explosion, something that Musk called a "good result" on June 15. "We’re developing our own [stainless steel] alloy to take this even further," he added. "Leak before burst is highly desirable."

SpaceX has ambitious plans for its Starship spacecraft. If everything goes according to plan, the gigantic vehicle will be able to ferry up to 100 passengers at a time to the Moon and Mars.

SpaceX is also planning to use the same spacecraft to provide "hyerpsonic travel around Earth," according to another tweet by Musk from last week.

The company is already looking to fill job positions to build offshore floating spaceports to launch the completed Starship.