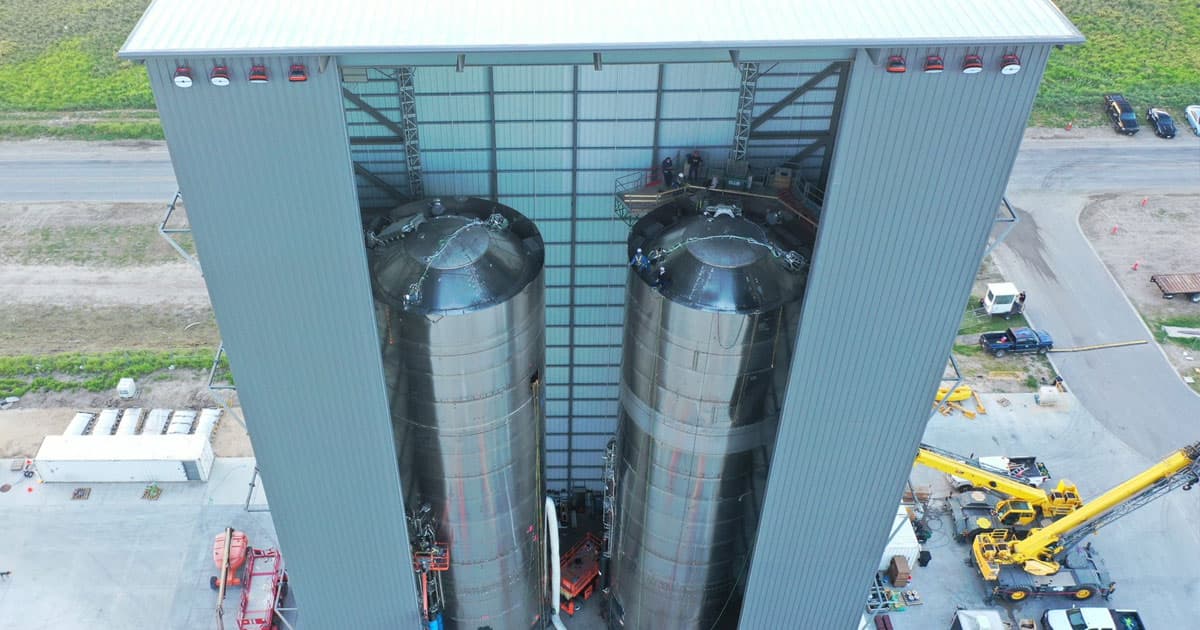 Damn, This Photo Shows How Huge SpaceX's Starship Really Is

At first, it may just look like a pair of your average hot water tanks — but if you zoom into the picture, you can spot individual engineers working on the welds on top of the two monstrosities. They're absolutely gigantic — and they're just the Starship's tanks.

SpaceX envisions its final Starship spacecraft to be 160 feet tall — without the booster — and a massive 30 feet in diameter. With booster, the rocket will tower at about just shy of 400 feet, almost 100 feet taller than the Statue of Liberty, including its base.

"This thing is going to take off, fly to 65,000 feet — about 20 kilometers — and come back and land in about one to two months,” Musk said at the Starship unveiling event in September 2019 (that test has not yet happened). “So that giant thing, it’s really going be pretty epic to see that thing take off and come back.”

SpaceX's individual Raptor rocket engines for the Starship alone are over ten feet tall and four feet in diameter.

There's a good reason for that. SpaceX wants to cram up to 100 passengers, or 100 tons of cargo, into the spacecraft for trips to the Moon and perhaps even Mars.

The news comes after SpaceX intentionally blew up a Starship prototype tank called SN7 at its testing site in Boca Chica, Texas earlier this week.

A test of the SN7 Starship tank last week didn’t result in an explosion, something that Musk called a “good result” on June 15.

More on Starship: SpaceX Blows Up Another Starship Tank, This Time on Purpose