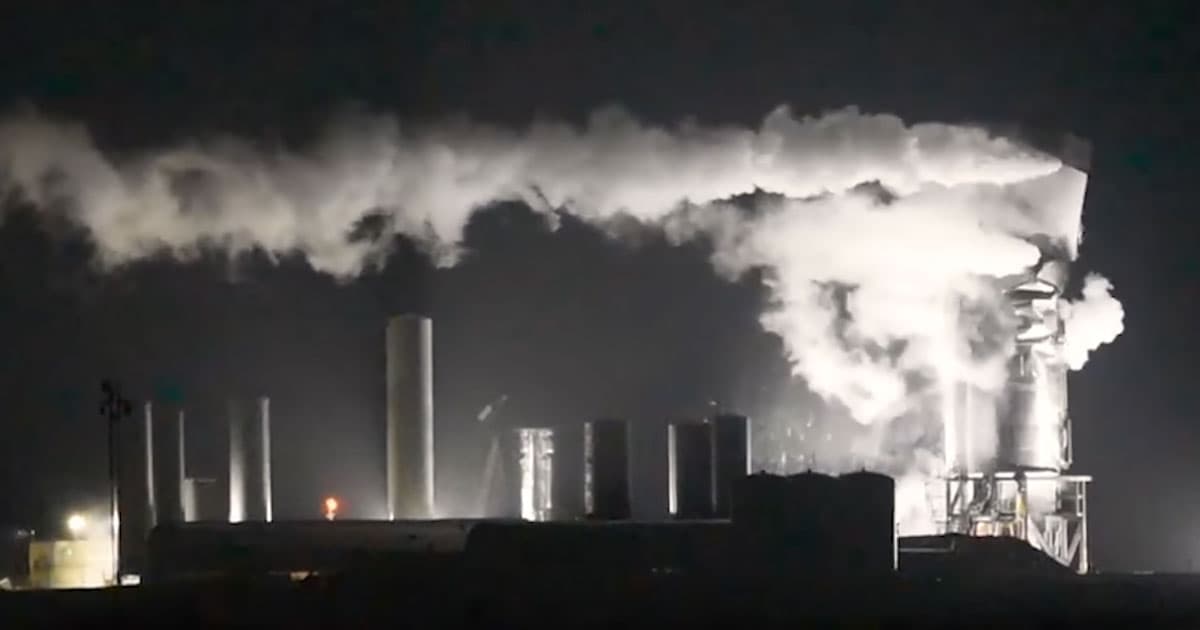 Watch SpaceX's Latest Starship Prototype Crumple Like a Can

The stainless steel dome can be seen crumpling like a soda can before toppling over in a puff of vapor.

"We will see what data review says in the morning, but this may have been a test configuration mistake," SpaceX CEO Elon Musk tweeted early this morning.

"Some valves leaked at cryo temp," he added. "Fixing & will retest soon."

According to Space.com, the cryogenic pressure test was meant to test if the prototype was able to hold fuel at extremely low temperatures right before liftoff. Musk revealed that "SN3 passed ambient temperature pressure test last night" prior to collapsing during the next test.

According to an exclusive report by Ars Technica, Musk was pretty ticked off after SN1's demise. “We sent out a note to the team that this was badly designed, badly built, and badly checked,” he told Ars Technica. “That’s just a statement of fact.”

This week's failed pressure test, however, doesn't seem to represent too much of a setback, as the company is already laser-focused on its next iteration, SN4.

The news comes after SpaceX released an early version of a "user's guide" to its Starship spacecraft, detailing how it could one day ferry up to 100 passengers or 100 tons of cargo to faraway destinations, including the Moon or even Mars.