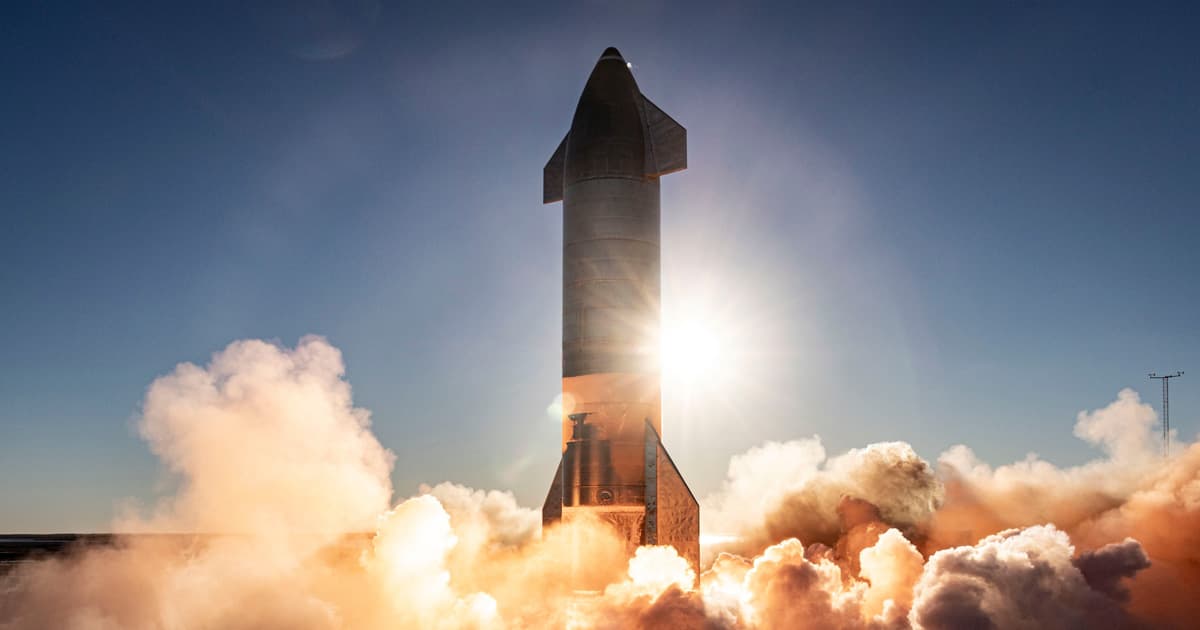 Are you ready for this?

Are you ready for this?

SpaceX is set to conduct its second ever high altitude test flight of its gigantic Starship spacecraft this afternoon.

The Elon Musk-led company has yet to confirm if it will provide an official livestream of the event, as it did for Starship prototype SN8's maiden flight on December 9.

Luckily, SpaceX enthusiasts from NASASpaceflight who are following the events near the test site in Boca Chica, Texas, have their stream up and running already over on YouTube.

The launch window for today's launch stretches from 1 pm to 7 pm Eastern time. Roads are closed in anticipation of the event and the skies are mostly clear at the time of writing.

The launch is likely to be a spectacular example of the progress SpaceX has made in developing its Mars-bound rocket.

In December, SN8 touched down a little too hard, resulting in a gigantic ball of flames and shrapnel. Despite the explosion, Musk said that SpaceX "got all the data we needed" on Twitter following the test.