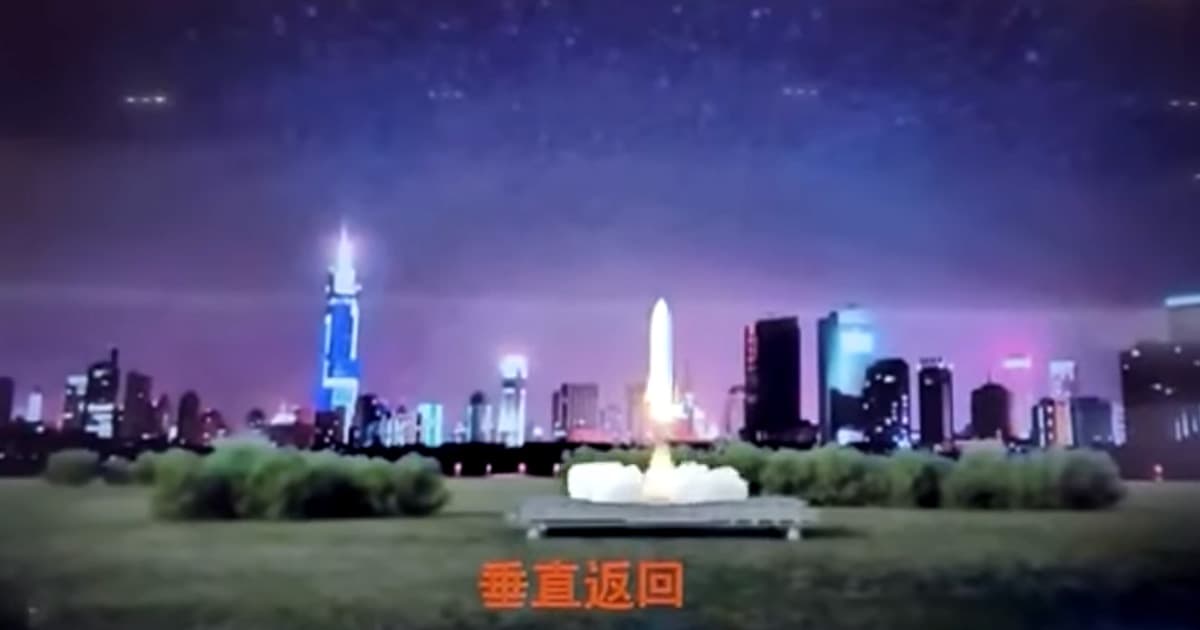 Imitation is the Sincerest Form of Flattery

Back in 2017, SpaceX showed off its vision for the future: an end-to-end transportation system that can get you anywhere on the globe in a matter of a couple of hours by rocketing into near space on board what was called the “BFR.”

Four years later, and that vision of what is now known as the Starship system has made significant progress, with SpaceX focusing on getting the first astronauts to the surface of Mars within the next decade or so using the same rocket.

Now, China wants in on the same concept. According to promotional videos shown off by the China Academy of Launch Vehicle Technology, the country’s state-owned rocket maker, the nation has a surprisingly similar vision, as Ars Technica reports — essentially a Starship clone.

China’s concept bears a striking resemblance to the reflective stainless-steel clad Starship and its companion Super Heavy booster, down to the triangular aerodynamic fins.

The video shows passengers experiencing weightlessness as they travel from presumably one continent to another.

One shot, showing the rocket landing on a pad in front of a skyline, also bears a serious resemblance to SpaceX’s original 2017 video showing off its “BFG” vision.

China is hoping to realize this point-to-point transportation system by 2045, according to previously announced plans. Suborbital cargo delivery could come into effect as soon as 2035.

It’s unclear how serious the country is about its teased suborbital transportation system. For now, China is focusing its efforts on a heavy-lift rocket called the Long March 9.

But one thing is clear: the country is clearly taking plenty of inspiration from SpaceX technologies.

More on Starship: NASA Will Require SpaceX to Land Empty Starship on Moon Before Sending Astronauts