Elon Musk: We Have to Get to Mars Because of "Nuclear Armageddon" on Earth

"I don't know what quite that risk is but it's not zero." 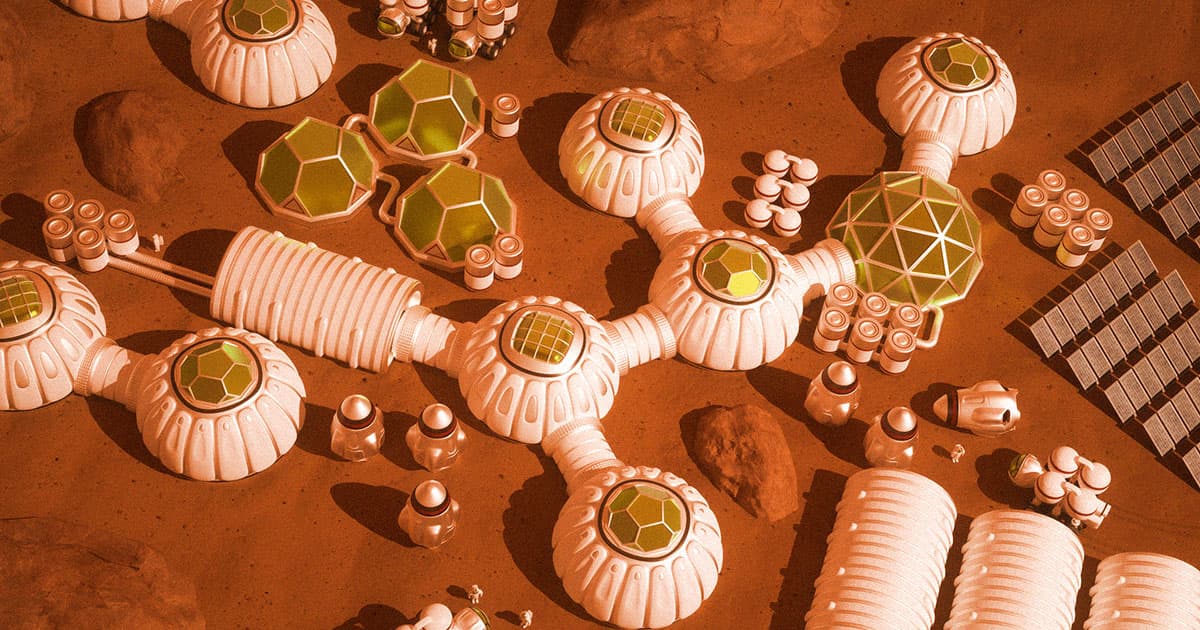 SpaceX CEO Elon Musk is extremely keen on getting humanity off this planet.

And that's more important than ever given the fact that humanity is staring down the barrel of climate change, comet strikes, and dropping birth rates — not to mention, in his words, "good ol' nuclear Armageddon."

During an appearance at the National Academies’ joint meeting of the Space Studies Board and Board on Physics and Astronomy, Musk elaborated on his ambitious plans to get a permanent base on Mars established.

Musk's concerns are about mitigating the "civilizational risks we that we can potentially mitigate" — and making humanity multiplanetary is chief among the ways we can do that, according to the CEO.

"If you wait long enough, you know, Earth will become uninhabitable," Musk mused. "So in the long run we are obviously all dead," he added with a chuckle.

The first few trips to Mars may be a bumpy ride, Musk admitted, referring to how the first Atlantic crossings "were terrible."

At last year's Humans to Mars summit, Musk also said that building a base on Mars will be "very hard and dangerous."

"Not for the faint of heart," he added at the time. "Good chance you’ll die. And it’s going to be tough, tough going, but it’ll be pretty glorious if it works out."

While rocketing off to Mars, the view in our rearview mirrors may not be pretty. In fact, it sounds like Musk is already anticipating the worst for our current planet.

"There's always a risk of a comet taking out a continent," Musk said during this week's joint meeting, arguing that there were "plenty of sort of continent-level extinction events that have occurred in the fossil record" that don't get talked about much.

But "bigger rockets" may allow us to fend off incoming comets or space rockets and "one day save billions of people," he said.

It's convenient, of course, that Musk says that the biggest dangers to humanity are ones that his precise business interests can defend against.

Still, the threats to our existence on planet Earth are real. Musk also highlighted carbon emissions in the atmosphere and the melting of the tundra, adding that he is "probably less alarmist than most" when it comes to the environment.

Musk also reiterated his worry about the decline of global birth rates, an "underappreciated risk," with many population rates dropping "with no end in sight."

"I don't know what quite that risk is but it's not zero," he said.

Read This Next
A Sip of Opal
NASA Discovers Precious Gemstones on Mars
Shot Well
Head of NASA Relieved to Hear Elon Musk Isn't REALLY Running SpaceX
Martian Oases
Scientist Proposes Growing a Forest Inside a Bubble on Mars
Big Impact
Meteorite Hit Mars So Hard NASA Thought It Was a Quake
Makeover Scene
Space Tourist Says He's Thinking About Flying SpaceX Craft Up to Fix Hubble
More on Off World
Final Selection
Yesterday on the byte
NASA Finalizing Secretive Decision on First Astronauts for the Artemis Moon Mission
Hall Effect
Jan 29 on futurism
Test Suggests Ion Thrusters Could Power Crewed Interplanetary Missions
CHON: Legacy
Jan 29 on the byte
James Webb Discovers Coldest Ice in Known Universe, Harboring Molecules Essential For Life
READ MORE STORIES ABOUT / Off World
Keep up.
Subscribe to our daily newsletter to keep in touch with the subjects shaping our future.
+Social+Newsletter
TopicsAbout UsContact Us
Copyright ©, Camden Media Inc All Rights Reserved. See our User Agreement, Privacy Policy and Data Use Policy. The material on this site may not be reproduced, distributed, transmitted, cached or otherwise used, except with prior written permission of Futurism. Articles may contain affiliate links which enable us to share in the revenue of any purchases made.
Fonts by Typekit and Monotype.