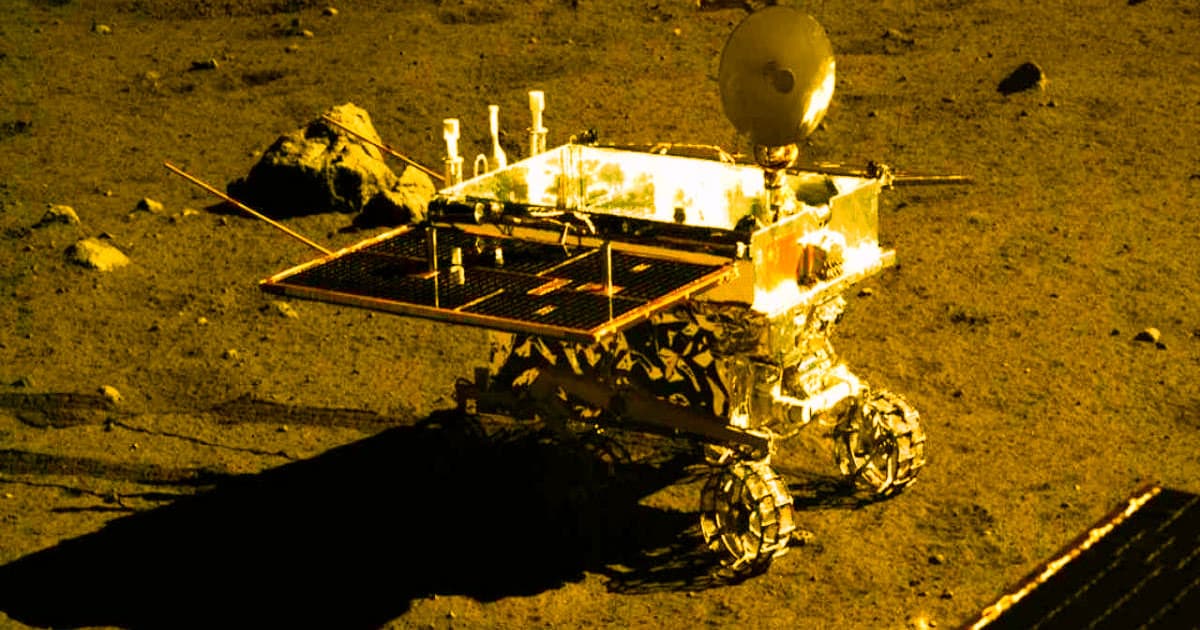 China Is Going to the Moon, Coming Back With Moon Rocks

The robotic mission has a bunch of complicated moving parts.

The robotic mission has a bunch of complicated moving parts.

China has a plan to gather Moon rocks and bring them back to Earth — all using robotic orbiters and rovers.

The mission, scheduled for late 2020, will be the first to return lunar samples since a Soviet Union mission in 1976, SpaceNews reports. If the ambitious plan succeeds, scientists will have access to another two kilograms of Moon rocks to study back here on Earth.

The mission involves a robotic lunar orbiter serving as the launch and rendezvous point for a vehicle that will send the robotic rover down to the surface of the Moon, where it will gather up some rocks and fly back up before the trip back home.

As China works towards its plan to build a long-term base of operations on the Moon, this mission will help serve as a test run for its space robot tech, according to SpaceNews.

The mission depends on China finishing assembling and repairing several vehicles, including its Long March 5 rocket, so the schedule is still fairly tentative. But if it all comes together, the new samples could give scientists a much broader wealth of knowledge about our Moon.

Monkey Business
China Plans to Send Monkeys to Space Station to Have Sex With Each Other
Nov 3
Read More
Overview Effect
William Shatner Says His Space Trip Left Him With a Feeling of Terrible Grief
Oct 11
Read More
Next Time
NASA Cancels First Launch Attempt of Uber Expensive Moon Rocket
Aug 29
Read More
+Social+Newsletter
TopicsAbout UsContact Us
Copyright ©, Camden Media Inc All Rights Reserved. See our User Agreement, Privacy Policy and Data Use Policy. The material on this site may not be reproduced, distributed, transmitted, cached or otherwise used, except with prior written permission of Futurism. Articles may contain affiliate links which enable us to share in the revenue of any purchases made.
Fonts by Typekit and Monotype.