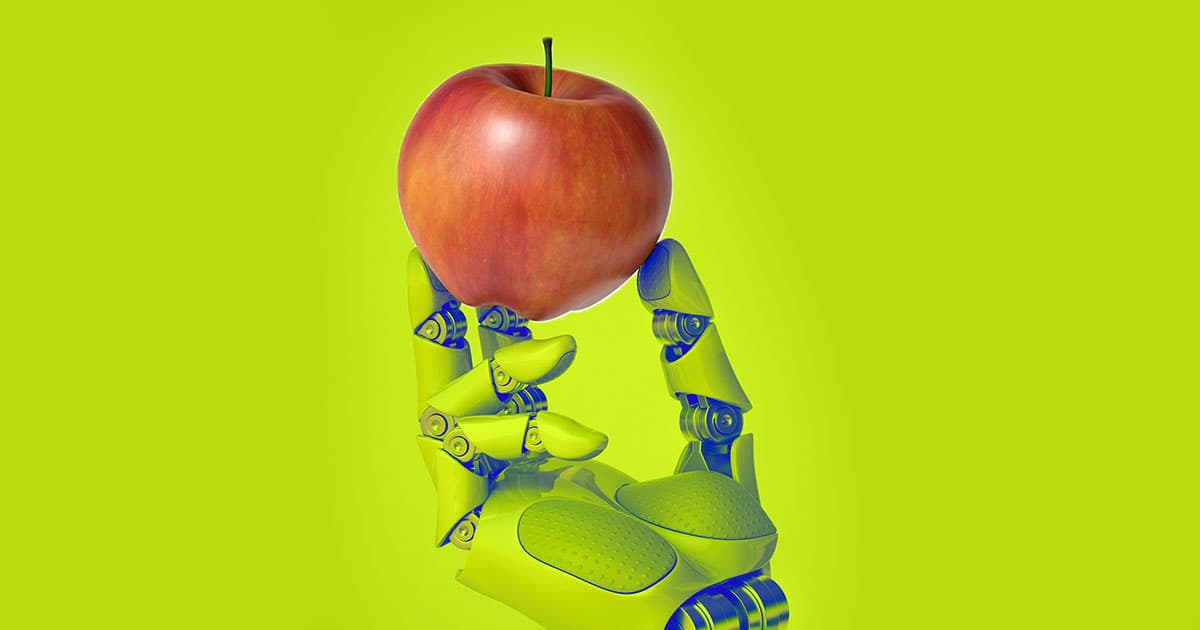 Robot Arm Uses Bacteria in Its Fingers to "Taste" Its Environment

Robots are becoming better equipped to respond to the world around them.

Robots are becoming better equipped to respond to the world around them.

By embedding engineered bacteria into the fingers of a robot arm, researchers have created a biohybrid bot that can "taste" — and they think it could lead to a future in which robots are better equipped to respond to the world around them.

For their study, which was published in the journal Science Robotics on Wednesday, a team from the University of California, Davis, and Carnegie Mellon University engineered E. coli bacteria to produce a fluorescent protein when it encountered the chemical IPTG.

They then placed the engineered bacteria into wells built into a robot arm's flexible grippers. Finally, they covered the wells with a porous membrane that would keep the bacteria in place while letting liquids reach the cells.

To test the system, the researchers had the arm reach into a water bath that sometimes contained IPTG.

If the chemical was present, the bacteria would glow, and this light would trigger electronic circuits to send a signal to the gripper’s control unit, letting it know not to place an item in the bath. But if the system didn't detect the chemical, it knew it was safe to drop the item in the liquid.

"By combining our work in flexible electronics and robotic skin with synthetic biology," researcher Carmel Majidi said a press release, "we are closer to future breakthroughs like soft biohybrid robots that can adapt their abilities to sense, feel, and move in response to changes in their environmental conditions."

The 'Hexbot' Transforms Your Desk Into a 3D Printer and High-Tech Assembly Line
2. 5. 19
Read More
The Cyborgs Are Here: Researchers Put Living Cells In A Robotic Finger
5. 31. 18
Read More
Cute, Brainless, Self-Propelled Robots Could Someday Move Around Inside Animals
5. 23. 18
Read More
+Social+Newsletter
TopicsAbout UsContact Us
Copyright ©, Camden Media Inc All Rights Reserved. See our User Agreement, Privacy Policy and Data Use Policy. The material on this site may not be reproduced, distributed, transmitted, cached or otherwise used, except with prior written permission of Futurism. Fonts by Typekit and Monotype.