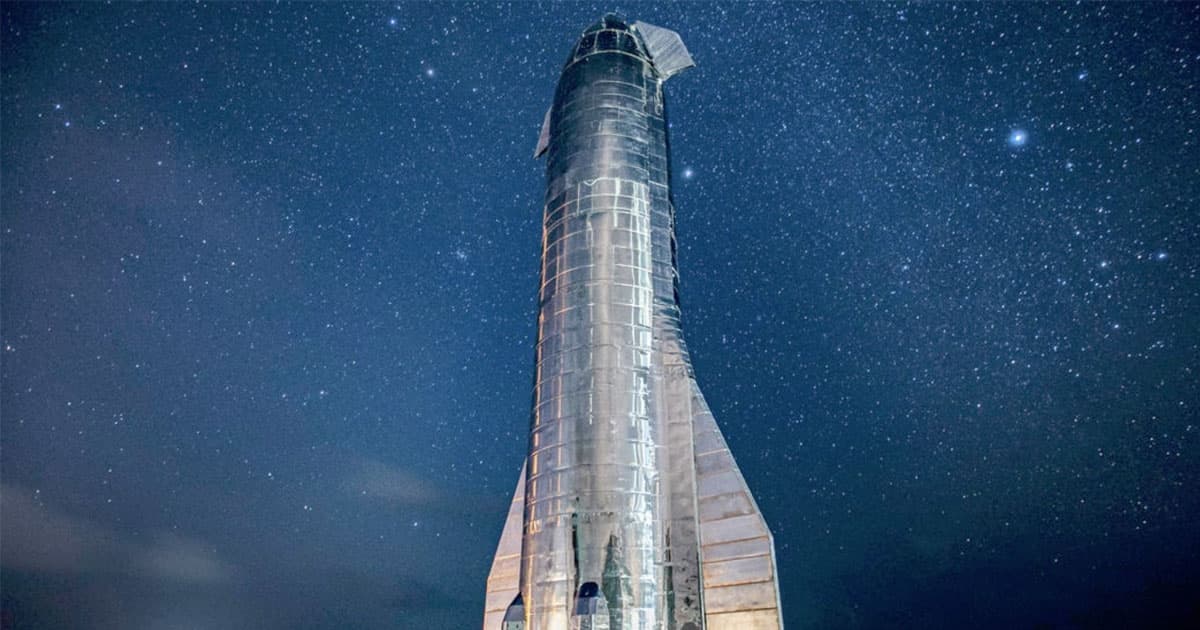 SpaceX Is Planning Starship’s First Test Flight for Next Week

SpaceX is planning the first test flight of its Starship prototype as soon as next week, Teslarati reports — if a Raptor rocket engine test slated for earlier in the week goes according to plan.

Workers are currently installing a Raptor engine on the prototype in question, SN5, in preparation for a rehearsal static fire test on Monday.

That’s according to recent road closure filings around the company’s Boca Chica, Texas, testing facilities, which describe a 150-meter launch of the prototype.

That initial test flight’s date is still subject to change, and SpaceX has yet to directly confirm the plans. The event also depends on the success of the Raptor engine static fire test. “Surely too soon?” commented NASA Spaceflight reporter Michael Baylor on Twitter.

A video uploaded to YouTube by NASA Spaceflight on Thursday showed SpaceX mounting a “mass simulator” on top of the SN5 prototype, likely an effort to simulate a payload during proceeding test flights.

A remaining question, as Teslarati points out, is that SpaceX has yet to test Starship’s mysterious landing legs, which differ greatly from the company’s tried-and-true Falcon 9 design.

The legs retract to the inside of the engine section rather than outside, as a visualized approximation in April showed. The sleek animation was later confirmed to be “very close” to what SpaceX is working on, according to Musk.

A lot can go wrong during testing, as we’ve seen with a number of preceding Starship prototypes — and that means we should expect further delays as well.

More on Starship: Here’s How Many Shipping Containers You Could Fit Inside SpaceX’s Starship