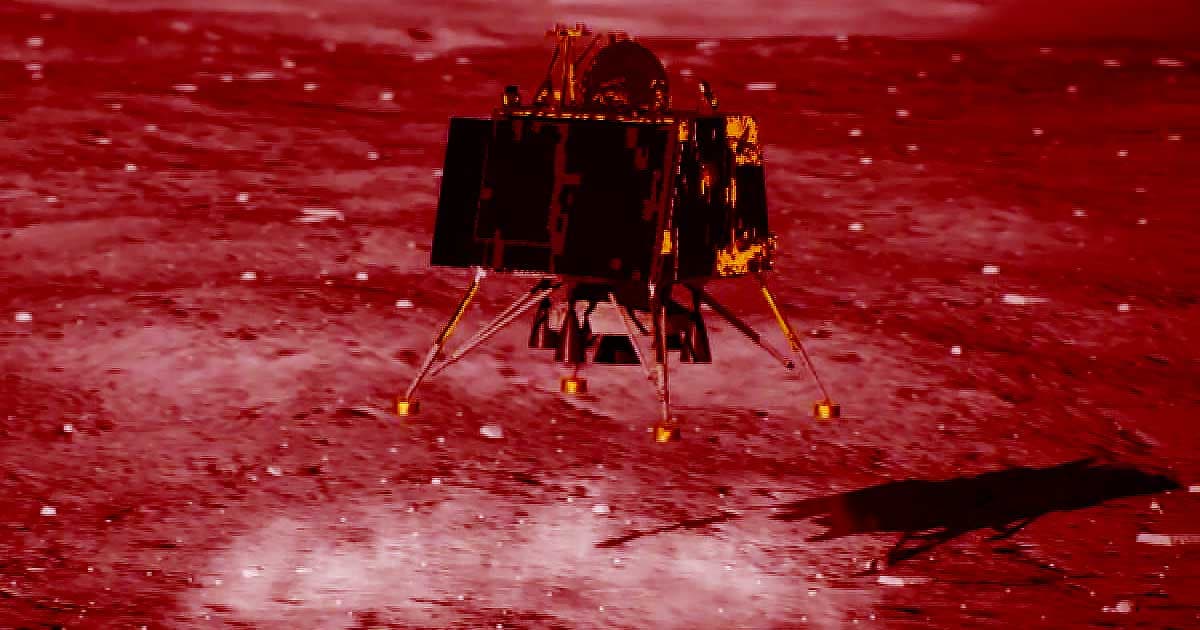 On September 7, the Indian Space Research Organization (ISRO) lost all communications with its Vikram lunar lander.

Two and a half months later, the ISRO has finally decided to say goodbye.

"The first phase of descent was performed nominally from an altitude of 30 km to 7.4 km above the moon surface," reads a report by Jitendra Singh, minister of state for India's Department of Space. But shortly after, the numbers started deviating "beyond the designed parameters... As a result, Vikram hard landed within 500 [meters] of the designated landing site."

We still don't know what caused the crash — but it is the first formal acknowledgement of the lander's failure, according to NPR.

Not everything is lost, though. Luckily, the orbiter that carried Vikram to the Moon is still very much in action.

"Most of the components of Technology demonstration, including the launch, orbital critical maneuvers, lander separation, de-boost and rough braking phase were successfully accomplished," Singh added.

India was set to become only the fourth country after the U.S., the USSR, and China to softly land a manmade object on the Moon.

Billionaire Bailout
Bernie Sanders Working to Block Jeff Bezos From NASA Moon Contract
3. 31. 22
Read More
Boots on the Ground
Blue Origin Engineers Deliver Full-Scale Prototype Moon Lander to NASA
8. 20. 20
Read More
No Pocket Money for NASA
Congress Budget Denies NASA Full Funding for Moon Missions
7. 7. 20
Read More
+Social+Newsletter
TopicsAbout UsContact Us
Copyright ©, Camden Media Inc All Rights Reserved. See our User Agreement, Privacy Policy and Data Use Policy. The material on this site may not be reproduced, distributed, transmitted, cached or otherwise used, except with prior written permission of Futurism. Articles may contain affiliate links which enable us to share in the revenue of any purchases made.
Fonts by Typekit and Monotype.