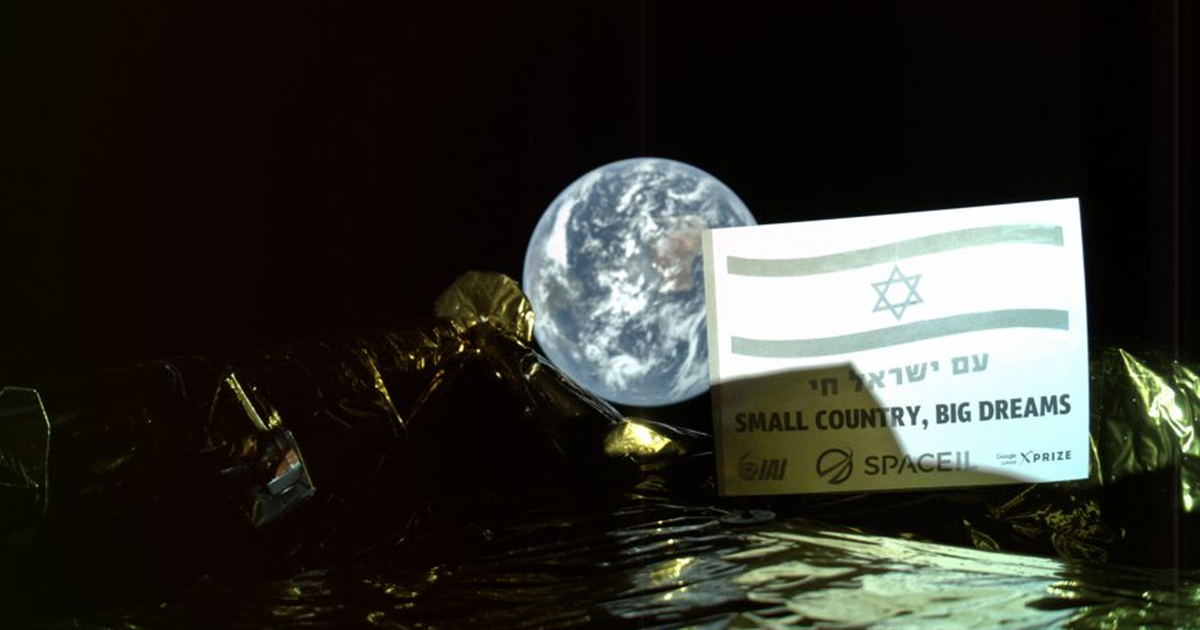 Israel's Moon Lander Just Got Photobombed by the Earth

Hey, get out of the picture!

Hey, get out of the picture!

SpaceIL, the private Israeli space company that launched the lander last week, revealed the photo on Twitter this morning. The picture was taken 23,363 miles (37,600 km) from Earth.

At a distance of 37,600 km from Earth, #Beresheet’s selfie camera took a picture of #Earth. Australia can be clearly seen! This photo was taken during a slow spin of the #spacecraft & for the first time see the #Israeli flag 🇮🇱 & text, "am yisrael chai." #IsraelToTheMoon #SpaceIL pic.twitter.com/ELFZsaShXg

Beresheet launched aboard a SpaceX Falcon 9 rocket on Feb. 21 from Cape Canaveral Air Force Station in Florida, marking the first time a private lunar spacecraft has ever launched from Earth.

Currently Beresheet is slowly orbiting the Earth, making small adjustments to its trajectory to push it farther towards the Moon's gravitational pull.

If all goes well, Beresheet will land on the Moon around April 11.