It's not the first problem the world's first commercial lunar lander has encountered so far. 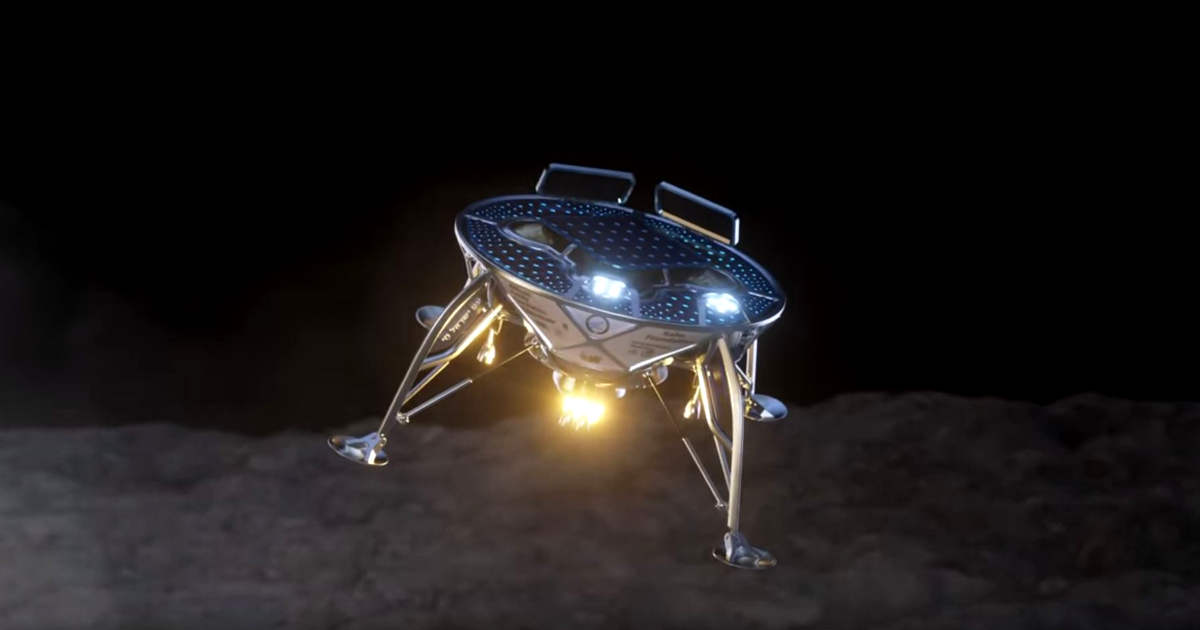 The 1,290 pound lander deployed from a SpaceX Falcon 9 rocket last week. Shortly afterward, it sent its first signals back to Earth as part of a first round of in-orbit tests.

The on-board computer was supposed to control a three minute engine fire that would take the lander farther away from Earth on its months-long trip to the Moon. But then something unexpected happened.

"At this stage, the spacecraft’s computer conducted an independent reset, so the maneuver was cancelled," SpaceIL CEO Ido Anteby said in a press conference call, as quoted by Haaretz.

Beresheet will fly in a massive elliptical spiral around the Earth, slowly easing into the Moon's gravitational pull. Landing on the moon is scheduled for early April.

The computer reboot means that Beresheet didn't move itself further away from Earth — it's not yet clear how much of a setback this will be for the team or how far the missing maneuver will postpone the eventual Moon landing.

According to the team of engineers, orbital maneuver plans allowed for a couple of days of delays, so it might still land on the lunar surface on schedule.

Engineers are still hoping to catch up with the maneuver once they figure out what the cause of the reboot was.

If all still goes according to plan, SpaceIL's lunar lander could become the first commercial spacecraft to land on the Moon.

Read This Next
Next Time
NASA Cancels First Launch Attempt of Uber Expensive Moon Rocket
Back to the Moon
NASA: SpaceX Only Has to Prove It Can Land Astronauts on Moon, Not Bring Them Home Again
Moon Vacation
NASA Finds Holes on the Moon Where It's Always a Comfortable Temperature
Expect Delays
Scathing Report Admits NASA Is Years Behind Moon Landing Schedule
Astronaut Drip
We Just Got the First Peek at NASA's Artemis Moon Landing Suits
More on Off World
International Sal...
Yesterday on the byte
Astronauts Prepare to Grow Juicy Dwarf Tomatoes in Space
Martian Oases
Dec 3 on futurism
Scientist Proposes Growing a Forest Inside a Bubble on Mars
Appetite for Dest...
Dec 1 on the byte
Black Hole In "Hyper-Feeding Frenzy" Chews Through Stars and Shoots Its Leftovers Towards Earth
READ MORE STORIES ABOUT / Off World
Keep up.
Subscribe to our daily newsletter to keep in touch with the subjects shaping our future.
+Social+Newsletter
TopicsAbout UsContact Us
Copyright ©, Camden Media Inc All Rights Reserved. See our User Agreement, Privacy Policy and Data Use Policy. The material on this site may not be reproduced, distributed, transmitted, cached or otherwise used, except with prior written permission of Futurism. Articles may contain affiliate links which enable us to share in the revenue of any purchases made.
Fonts by Typekit and Monotype.