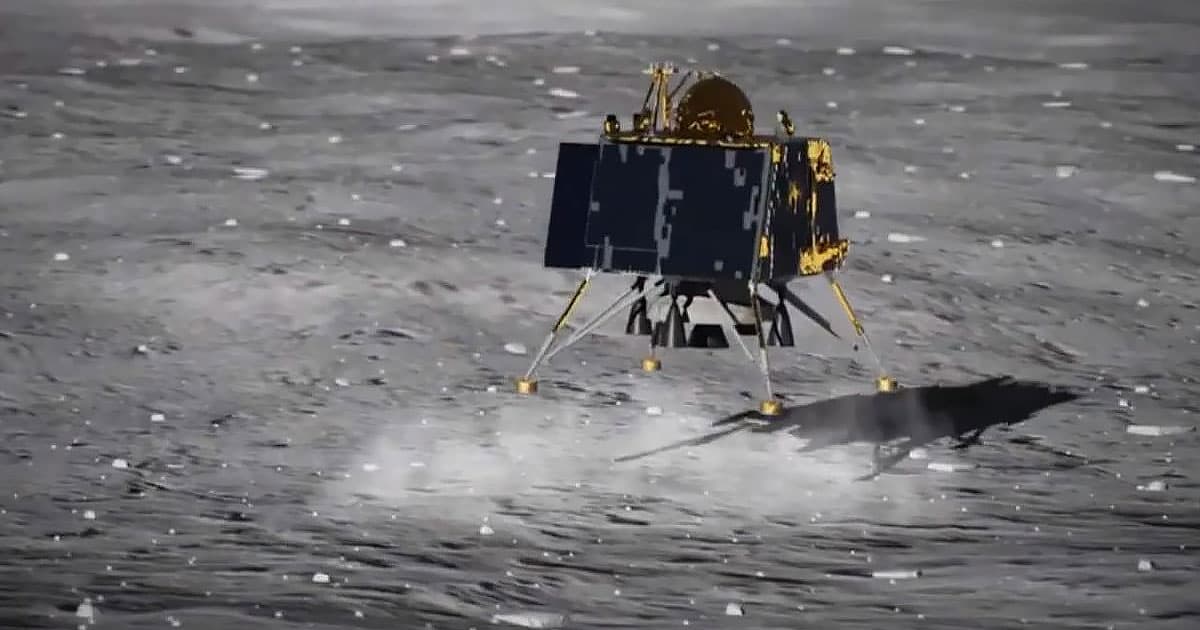 Is There Anybody Out There

Indian Official: Moon Lander May Have Survived in One Piece

"The lander is there [on the moon] as a single piece, not broken into pieces. It's in a tilted position."

"The lander is there [on the moon] as a single piece, not broken into pieces. It's in a tilted position."

On Friday, India lost all communication with its Vikram lunar lander just two kilometers from its intended touchdown site. Since then, India's Space Research Organization (ISRO) has been hard at work trying to reestablish a connection with the lost probe, despite its minuscule changes of survival.

And now, if yet-to-be confirmed reports by the Indian media are anything to go by, there's a sliver of hope that Vikram may have survived its descent.

"The lander is there [on the moon] as a single piece, not broken into pieces," an unnamed ISRO official told Indian newspaper The Hindu, in a claim the New York Times was unable to confirm. "It’s in a tilted position."

The ISRO — which hasn't commented on the apparent leak — is getting help from NASA's Lunar Reconnaissance Orbiter, which will be passing over the site of the crash on September 17.

"NASA will share any before and after flyover imagery of the area around the targeted Chandrayaan-2 Vikram Lander landing site to support analysis by the Indian Space Research Organization," a NASA spokesman said in an email to the Times.

Despite that assist, the NYT points out, there's no precedent in the history of space travel for reestablishing contact with a lander after a total loss of comms.