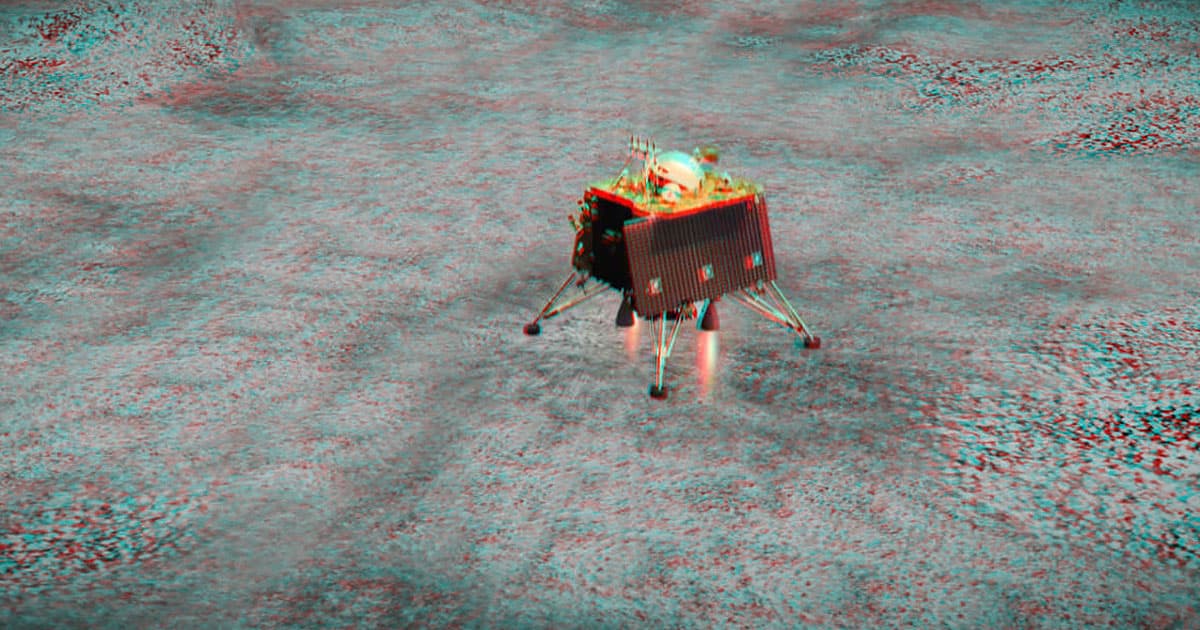 Sitting in My Tin Can

India's lunar lander may not be dead.

India's lunar lander may not be dead.

India may have lost communication with its Vikram lunar lander during its final descent Friday — but it's possible that not all is lost.

The Indian space agency says it's spotted its lander using the orbiter that traveled to the Moon along with it, according to the Associated Press. But chances that Vikram is still operational, though tantalizing, are slim.

"Yes, we have located the lander on the lunar surface," said Indian space program chairman Kailasavadivoo Sivan in a local news report. "It must have been a hard landing.”

That means India still has an — albeit small — chance of becoming the fourth country in history to softly land a spacecraft on the lunar surface, after launching its Chandrayaan-2 mission from Earth in July and entering lunar orbit on August 20.

And even if Vikram perished during its descent, India has demonstrated its ability to send a spacecraft to the Moon's orbit and to make a controlled approach — it just didn't stick the landing this time around.

More on the lander: Breaking: India Has Lost Communication With Lunar Lander

Billionaire Bailout
Bernie Sanders Working to Block Jeff Bezos From NASA Moon Contract
Mar 31
Read More
Boots on the Ground
Blue Origin Engineers Deliver Full-Scale Prototype Moon Lander to NASA
8. 20. 20
Read More
No Pocket Money for NASA
Congress Budget Denies NASA Full Funding for Moon Missions
7. 7. 20
Read More
+Social+Newsletter
TopicsAbout UsContact Us
Copyright ©, Camden Media Inc All Rights Reserved. See our User Agreement, Privacy Policy and Data Use Policy. The material on this site may not be reproduced, distributed, transmitted, cached or otherwise used, except with prior written permission of Futurism. Articles may contain affiliate links which enable us to share in the revenue of any purchases made.
Fonts by Typekit and Monotype.