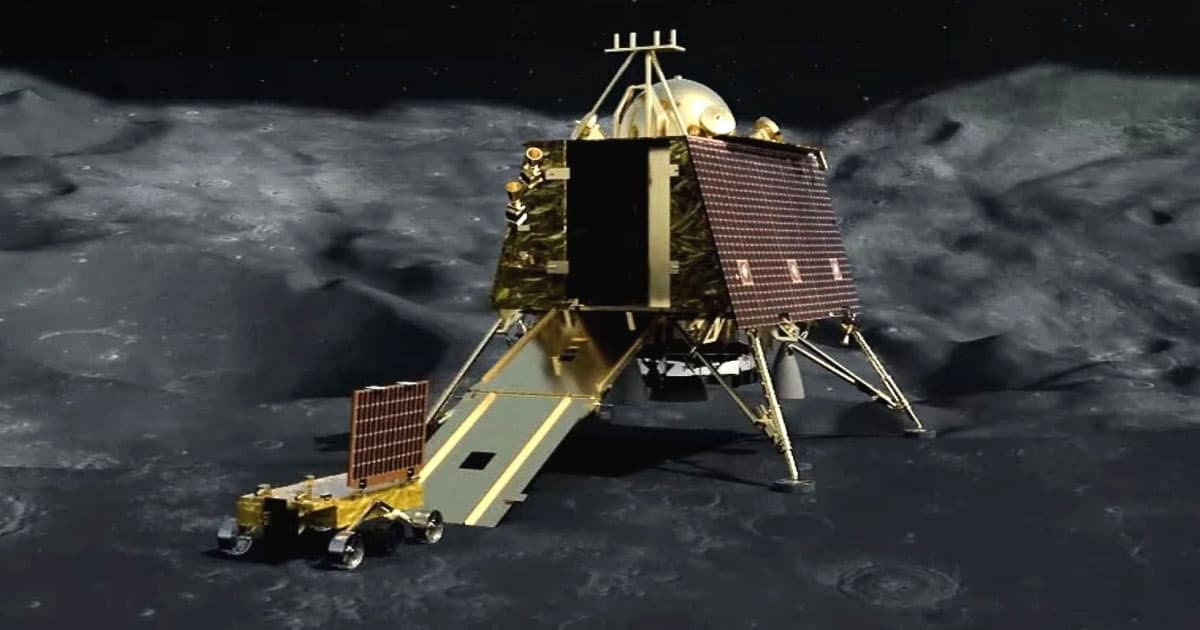 "Space, as ever, is hard. Really, really hard."

"Space, as ever, is hard. Really, really hard."

At first, everything was going according to plan.

India was set to become the fourth country after the U.S., the USSR, and China to softly land a manmade object on the Moon. But then the team at the Indian Space Research Organization (ISRO) lost all communications with its Vikram lunar lander at an altitude of 2.1 kilometers.

The ISRO has yet to confirm if the lander has crashed or not. The lander was part of India's space agency's Chandrayaan-2 mission.

Hmm, that deviation from plan… pic.twitter.com/CsbqF1XcFY

At first the spacecraft barely deviated from its planned trajectory. But then, minutes away from landing, the lander went off from its path.

The lander, with an orbiter and a rover called Pragyaan in tow, launched from the Satish Dhawan Space Centre, Sriharikota in Andhra Pradesh on July 15.

The six-wheeled rover was set to eventually emerge from the belly of the Vikram lander and make its way across a much less studied region of the Moon — but only for a single lunar day of 14 Earth days — to perform chemical analyses of the lunar soil.

The news comes after Israel crashed its lunar lander into the Moon in April.

READ MORE: Watch Live as India Attempts to Land Its Vikram Probe on the Moon [Engadget]

More on landing on the Moon: After Failed Moon Landing, Israel Vows to Try Again

Scientists Have Turned Fish Scales into a Power Source
9. 9. 16
Read More
Exoplanet Dance
Scientist Releases Amazing Video of Exoplanets Orbiting Distant Star
6:32 PM
Read More
Space Junk News
Two Large Chunks of Space Debris Just Almost Collided in an Epic Disaster
5:06 PM
Read More
+Social+Newsletter
TopicsAbout UsContact Us
Copyright ©, Camden Media Inc All Rights Reserved. See our User Agreement, Privacy Policy and Data Use Policy. The material on this site may not be reproduced, distributed, transmitted, cached or otherwise used, except with prior written permission of Futurism. Articles may contain affiliate links which enable us to share in the revenue of any purchases made.
Fonts by Typekit and Monotype.