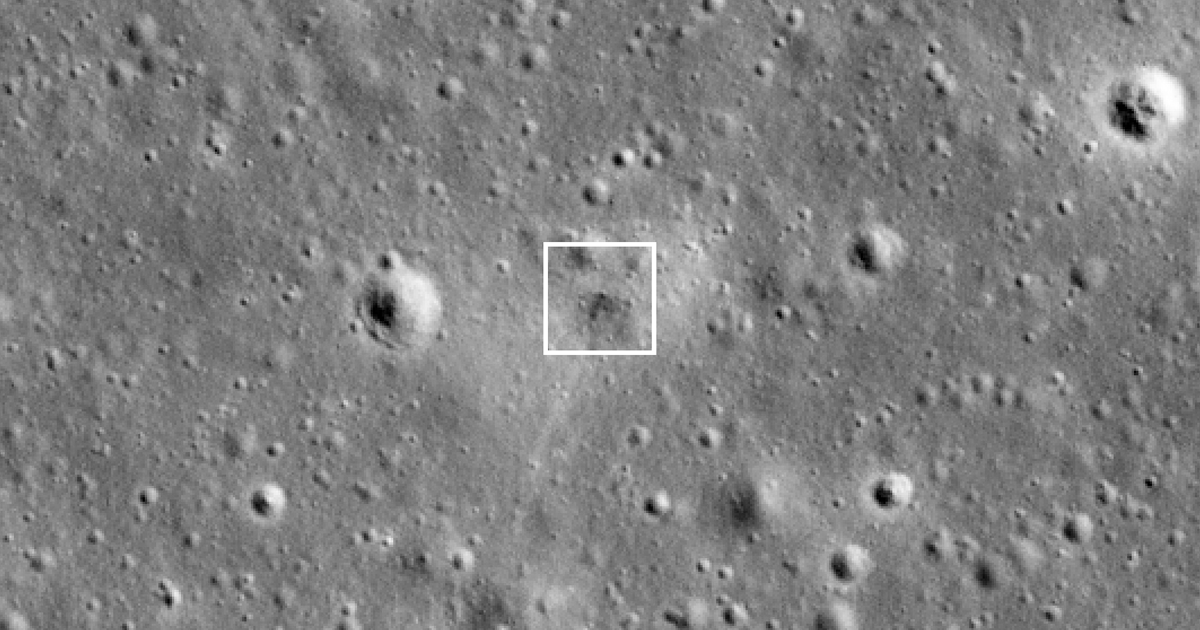 Pour one out for Beresheet.

Pour one out for Beresheet.

Now, CNET reports that NASA managed to snap a photo of the crash site using the camera on its Lunar Reconnaissance Orbiter (LRO) and has begun to study the impact, which could potentially help the space agency track down missing equipment that Beresheet was carrying to the Moon.

At 56 miles above the lunar surface, the LRO was too far away to tell how deep of a crater Beresheet left, according to CNET. But it did reveal that the Israeli spacecraft left a 33-foot-long impact on the Moon's surface when it crashed.

"From so far away, LROC could not detect whether Beresheet formed a surface crater upon impact. It's possible the crater is just too small to show up in photos," reads a NASA press release.

According to the release, it's possible that Beresheet simply left a small dent in the surface of the Moon instead of carving out a crater, but NASA won’t know for sure until it takes a closer look.