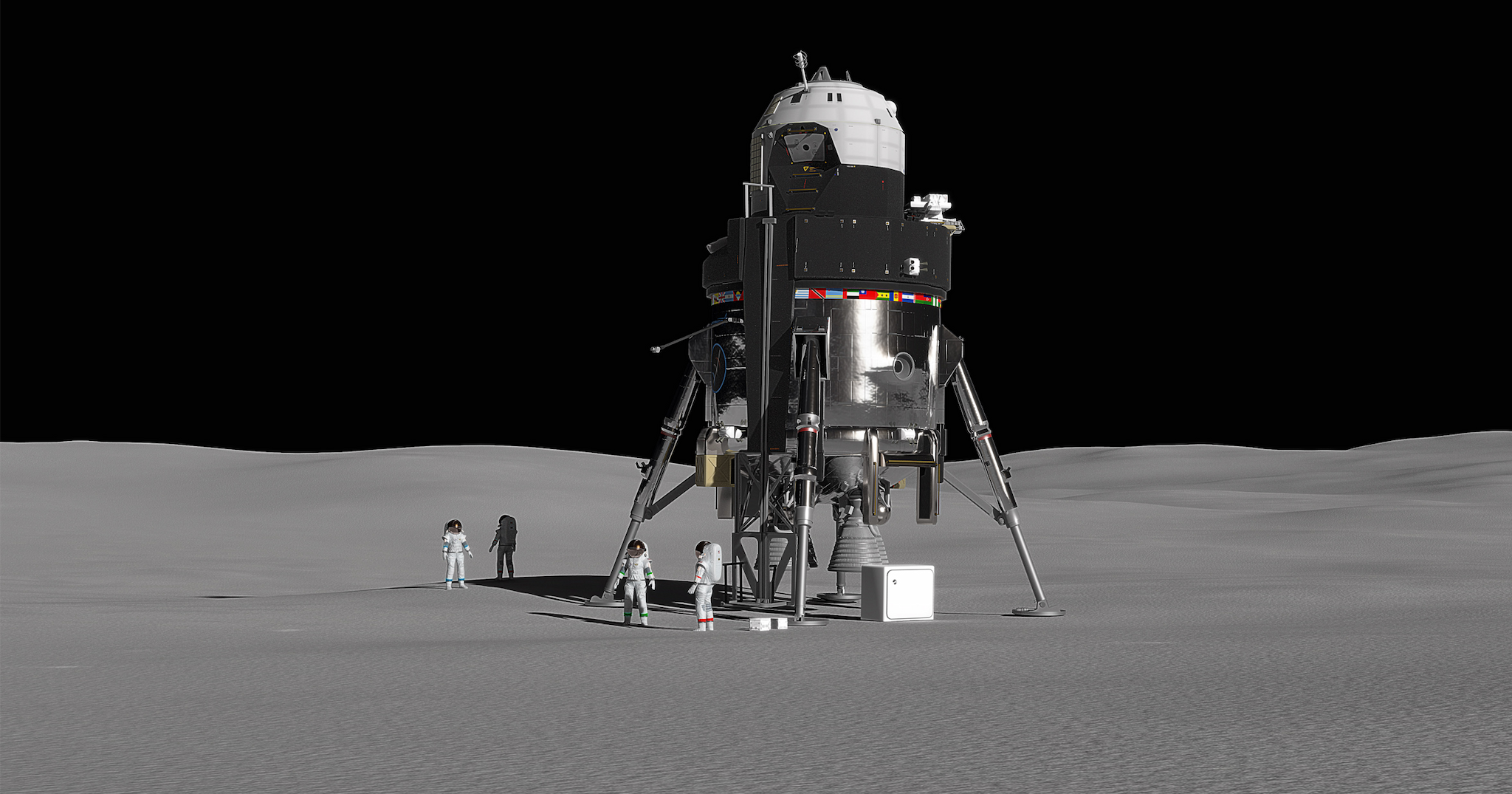 In awe of the size of this lad.

In awe of the size of this lad.

The Apollo Lunar Module weighed less than 11,000 pounds and was just 22 feet tall, even with its legs extended. And that’s after years of space- and weight-saving considerations.

Almost 50 years later, landers are getting bigger, not smaller (the way so many of our devices do). Bigger landers mean more room for astronauts, more fuel, and longer trips.

Take Lockheed Martin’s newest design. The aerospace corporation, which is already working on NASA’s Orion spacecraft, just proposed a towering lunar lander that’s twice the height of the Apollo module and weighs more than four times as much. The lander, should it ever be sent to the lunar surface, would be an impressive piece of engineering that could also help us envision what kind of craft we would need to send humans to Mars.

Lockheed’s lander would carry four astronauts to the moon, and keep them there for a two week mission. It estimates that the four engines could last for five to ten flights.

It gets better: the proposal includes plans for a freakin’ “lift elevator platform to get the crew down from the cabin to the surface,” according to Lockheed Martin principal space exploration architect Tim Cichan in an interview with Ars Technica.

When exactly the lander will materialize or launch is still up in the air. NASA will only start deciding on how it plans to send humans to the moon in 2024, according to recent documents.

For now, Lockheed Martin’s plans are just renders. But it’s an exciting look at what future lunar (or Martian) landings could look like.

More on NASA’s plans to land on the moon: NASA Wants Its Deep Space Gateway Habitat To Orbit The Moon By 2024

Overloaded
Whiny Space Tourists Say They Were Too Busy on the Space Station
May 14
Read More
Lunar Learning
Scientists Grow Living Plants in Moon Soil Captured by Astronauts
May 12
Read More
Mars Attack
Scientists Worried About Military Facility to Store NASA Mars Rocks
May 4
Read More
+Social+Newsletter
TopicsAbout UsContact Us
Copyright ©, Camden Media Inc All Rights Reserved. See our User Agreement, Privacy Policy and Data Use Policy. The material on this site may not be reproduced, distributed, transmitted, cached or otherwise used, except with prior written permission of Futurism. Fonts by Typekit and Monotype.