NASA's Orion Gets the Green Light to Move Towards 2018 Launch 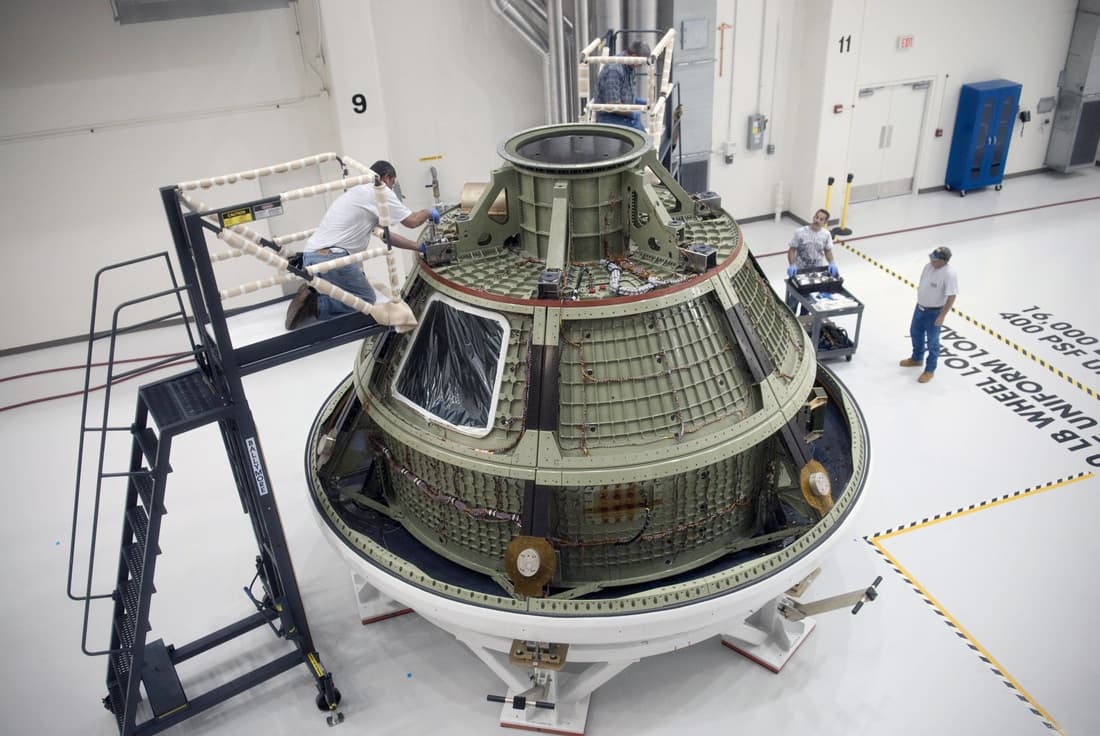 The Orion spacecraft is now on track to meet NASA’s performance requirements for its Exploration Mission 1 launch in September 2018. Lockheed Martin Space Systems reviewed the structure, pyrotechnics, Launch Abort System, software, guidance, navigation and control on the Orion has cleared the spacecraft for full-scale fabrication, assembly, and integration. The spacecraft will be transported to the Operations and Checkout Facility and Kennedy Space Center in early 2016 to undergo final preparations.

EM-1 will send Orion on a wide orbit mission around the moon for 20 days. This will mission will mark the farthest that any spacecraft approved for transporting humans has ever traveled away from Earth. This uncrewed test flight is in preparation for Orion’s intended purpose of carrying out manned missions to explore asteroids and Mars. The first manned missions are expected to launch in 2023 at earliest.

Read This Next
Little Boxes
One Silly Little Detail Is Reportedly Delaying Artemis II by Years
Baby, would you ride with me
General Motors Is Working on a Self-Driving Electric Car for Moon Astronauts
Private Ride
NASA Might Send Astronauts Around the Moon on Commercial Rocket
Futurism
Lockheed Martin Just Unveiled Their Plans for a Reusable Martian Lander
Futurism
Live: Watch as Lockheed Martin Reveals Their Highly Anticipated Mars Lander
More on Off World
Stunning Centaur
3:13 PM on the byte
James Webb Spots Asteroid With Its Own Saturn-Like Rings
Grrrrrrrr
Yesterday on the byte
Internet Erupts as NASA Spots Cartoon Bear on Surface of Mars
Gl1tc4
Yesterday on the byte
NASA Says Another James Webb Instrument Has Suffered a Glitch
READ MORE STORIES ABOUT / Off World
Keep up.
Subscribe to our daily newsletter to keep in touch with the subjects shaping our future.
+Social+Newsletter
TopicsAbout UsContact Us
Copyright ©, Camden Media Inc All Rights Reserved. See our User Agreement, Privacy Policy and Data Use Policy. The material on this site may not be reproduced, distributed, transmitted, cached or otherwise used, except with prior written permission of Futurism. Articles may contain affiliate links which enable us to share in the revenue of any purchases made.
Fonts by Typekit and Monotype.