Elon Musk isn't the only one with big plans for the Red Planet. 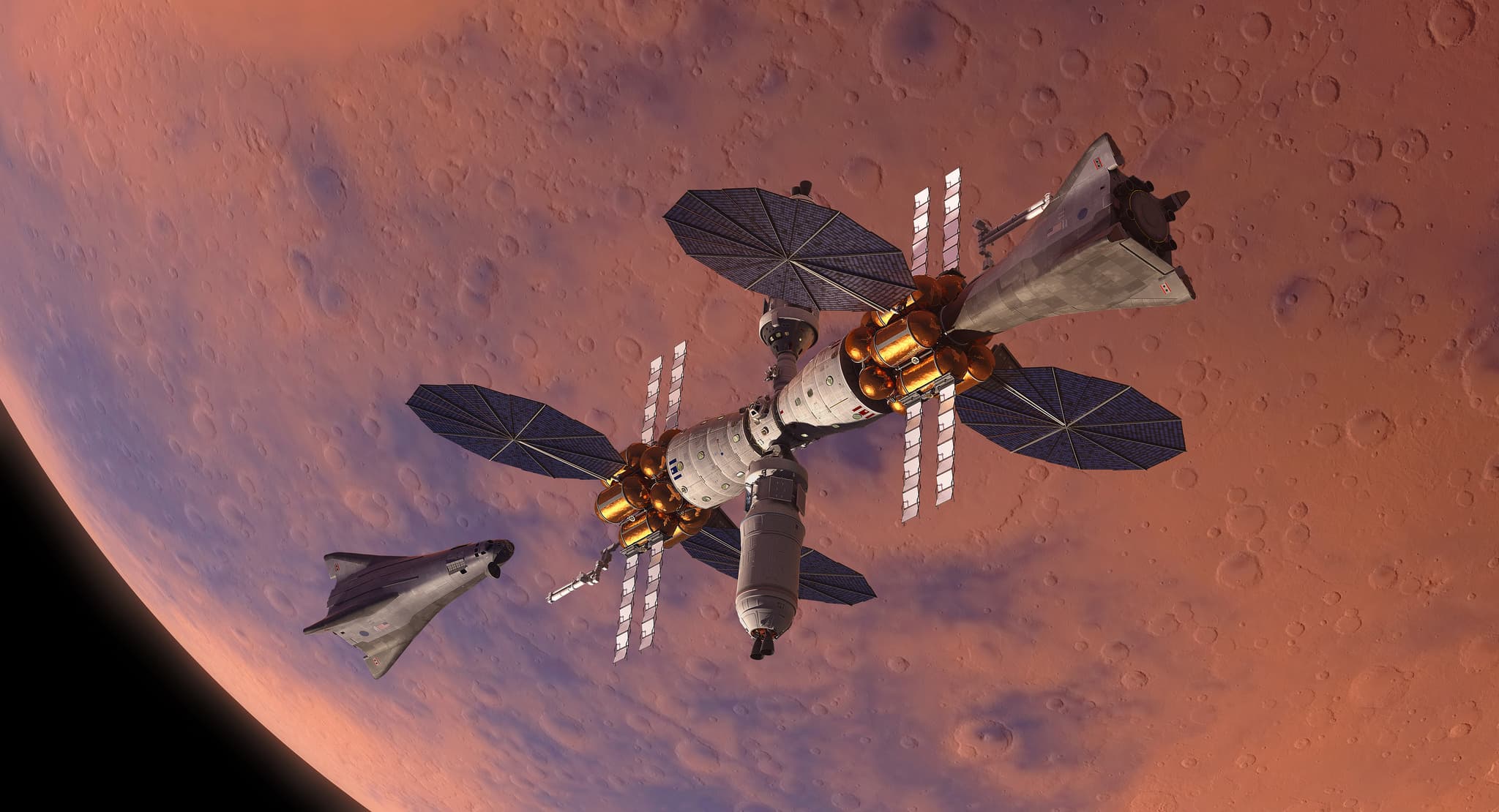 Elon Musk might be generating the most hype thanks to his teasing tweets, but SpaceX isn't the only company with plans to deliver big announcements at this year's International Astronautical Congress (IAC) in Adelaide, Australia. Lockheed Martin has their own major updates to share with the world.

If SpaceX is the young upstart of the space industry, Lockheed Martin is the weathered veteran. While Musk's company boasts roughly 5,000 employees, Lockheed Martin has nearly 100,000 spread out across dozens of nations. For decades, they have been a leading innovator in everything from energy to military operations, and their contributions to space have been invaluable.

Through partnerships with NASA, the U.S. government, and others, Lockheed Martin has developed powerful space telescopes and launched more than 100 commercial satellites, helping disseminate information across the globe. They had a hand in the creation of the Hubble Space Telescope, the Jupiter-orbiting JUNO space probe, and the Phoenix spacecraft that landed on Mars in 2008.

Their next big goal is a follow-up of sorts to Phoenix, but instead of putting robots on Mars, they want to deliver people to the Red Planet.

NASA's very first Mars lander was built by Lockheed Martin, and now, the company believes they can help the agency and their partners make the dream of a human Mars colony a reality.

Lockheed Martin first revealed their plans for a Mars Base Camp orbiter last year, and before Musk takes the stage to talk about SpaceX's Interplanetary Transport System, they'll present their own mission to Mars updates, sharing the latest news on their Deep Space Gateway and unveiling the reusable lander they believe will change how we think about surface exploration.

Lockheed Martin's presentation will be livestreamed below, and we will be updating this article live throughout to ensure you don't miss a thing.

UPDATE 6:45 PM EST: Lockheed Martin will no longer be livestreaming this presentation due to technical issues, but as soon as the link to the recorded presentation is posted, we'll update this article with all the highlights.

We will post the full Mars Base Camp webcast soon after the presentation concludes. Check back at ~7:30 ET. for a link. #IAC2017

UPDATE 8:20 PM EST: The presentation has been posted, and you can watch it for yourself as we update with the highlights below.

Read This Next
A Sip of Opal
NASA Discovers Precious Gemstones on Mars
Little Boxes
One Silly Little Detail Is Reportedly Delaying Artemis II by Years
Martian Oases
Scientist Proposes Growing a Forest Inside a Bubble on Mars
Big Impact
Meteorite Hit Mars So Hard NASA Thought It Was a Quake
Palliative Care
NASA's Mars Lander Refuses to Die Even Though It's Supposed To
More on Off World
Heavy Metal
Yesterday on the byte
NASA Mars Rover Finds Metallic Object That Smashed Down on Surface
Small But Mighty
Yesterday on the byte
Baby Asteroid Photobombs James Webb On Accident
Little Guy
Yesterday on the byte
Scientists Prototype "Creeping" Lizard-Like Robot for Exploring Mars
READ MORE STORIES ABOUT / Off World
Keep up.
Subscribe to our daily newsletter to keep in touch with the subjects shaping our future.
+Social+Newsletter
TopicsAbout UsContact Us
Copyright ©, Camden Media Inc All Rights Reserved. See our User Agreement, Privacy Policy and Data Use Policy. The material on this site may not be reproduced, distributed, transmitted, cached or otherwise used, except with prior written permission of Futurism. Articles may contain affiliate links which enable us to share in the revenue of any purchases made.
Fonts by Typekit and Monotype.