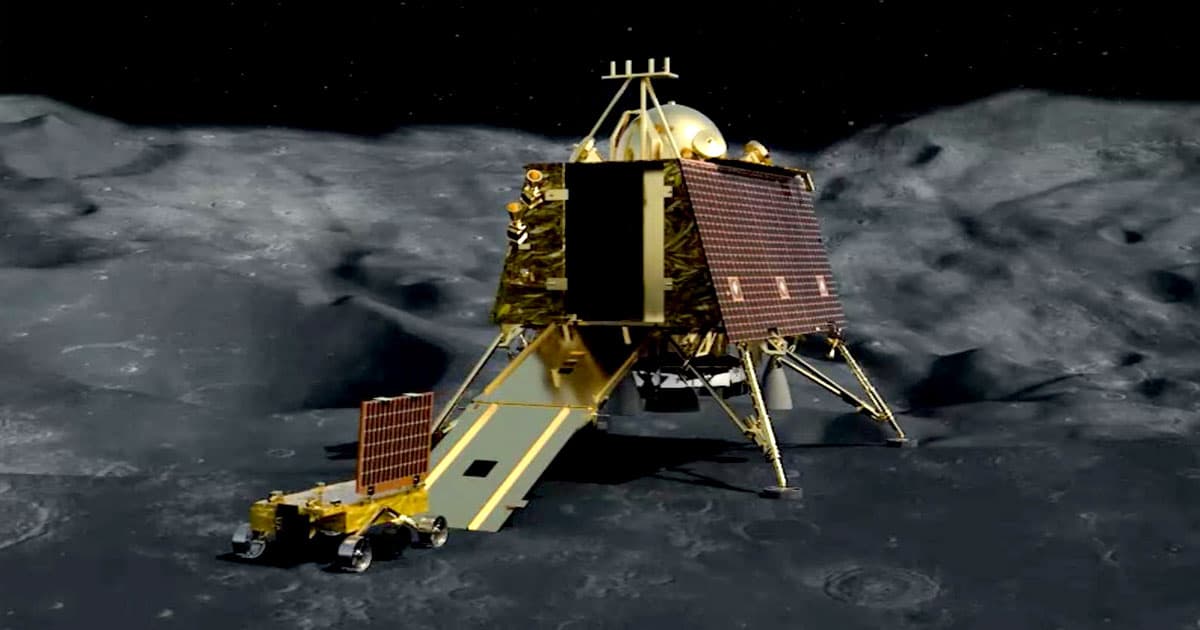 If all goes according to plan, India could become only the fourth country in the world to land a rover on the Moon.

If all goes according to plan, India could become only the fourth country in the world to land a rover on the Moon.

India successfully launched its first-ever lunar lander as part of its Chandrayaan-2 mission early Monday morning local time after a "technical glitch" caused the launch to be delayed last week. The lander will take roughly a month to reach the Moon's orbit, and a few weeks more to land on the surface.

"It is the beginning of a historical journey of India towards the Moon and to land at a place near the south pole," Kailasavadivoo Sivan, chairman of the Indian Space Research Organization (ISRO), said during a speech after today’s launch, as quoted by The Verge. "To carry out scientific experiments; to explore the unexplored."

If all goes well, the 1.4-ton lander, dubbed Vikram, could be India's first object to softly land on the surface of our closest heavenly neighbor. The lander will then release a 56-pound mobile rover that will explore the area near the Moon's south pole.

The rover would spend two weeks actively exploring the surface to look for traces of water ice — crucial research for future missions to the Moon. The total range of the rover is 1,640 feet, and once the Sun sets on the lunar surface — remember that a day on the Moon lasts for almost 30 days on Earth — the rover will lose its only source of energy and be retired.

India successfully completed its first lunar probe mission, Chandrayaan-1, in October 2008. The probe made a controlled impact near the south pole, ejecting subsurface soil to be analyzed later for traces of water by the mission's orbiter.

More on the mission: India Calls Off Moon Mission One Hour Before Launch

Billionaire Bailout
Bernie Sanders Working to Block Jeff Bezos From NASA Moon Contract
Mar 31
Read More
Boots on the Ground
Blue Origin Engineers Deliver Full-Scale Prototype Moon Lander to NASA
8. 20. 20
Read More
No Pocket Money for NASA
Congress Budget Denies NASA Full Funding for Moon Missions
7. 7. 20
Read More
+Social+Newsletter
TopicsAbout UsContact Us
Copyright ©, Camden Media Inc All Rights Reserved. See our User Agreement, Privacy Policy and Data Use Policy. The material on this site may not be reproduced, distributed, transmitted, cached or otherwise used, except with prior written permission of Futurism. Articles may contain affiliate links which enable us to share in the revenue of any purchases made.
Fonts by Typekit and Monotype.