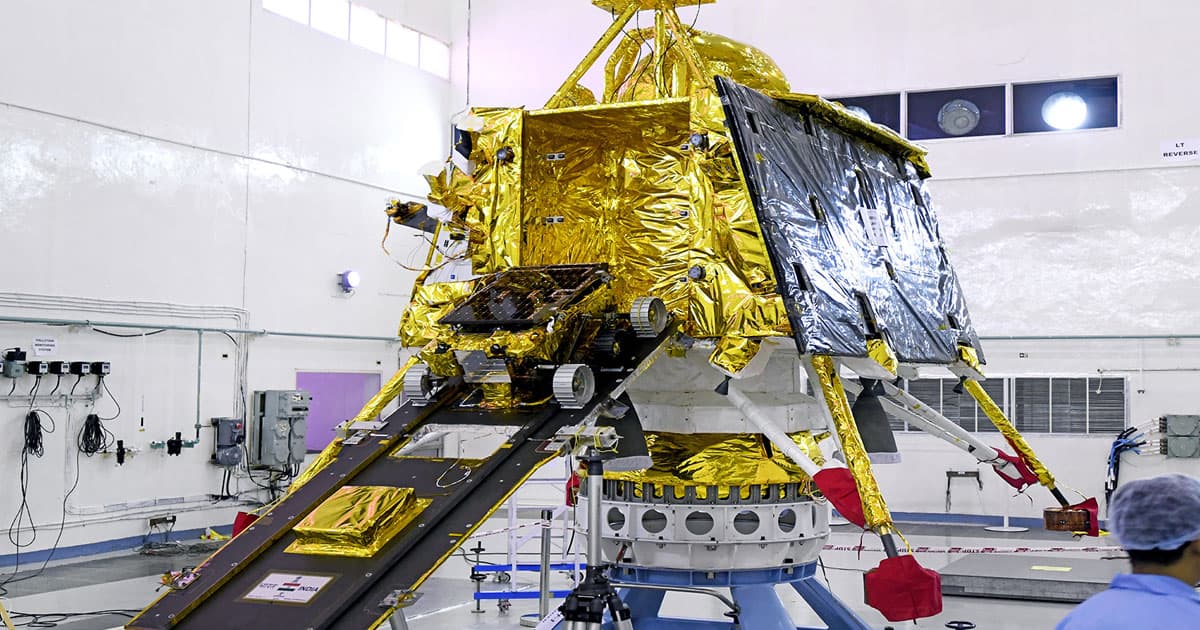 India Is Launching a Moon Mission This Weekend

India's 56-pound mobile rover could soon be exploring the far side of the Moon.

India's 56-pound mobile rover could soon be exploring the far side of the Moon.

India is getting ready to launch its first-ever lunar lander on Sunday. As part of the Chandrayaan-2 mission, the lander will be riding on top of the country's most powerful rocket, the Geosynchronous Satellite Launch Vehicle Mark III.

The plan is to both launch an orbiter module and a 56-pound mobile rover from a 1.4 ton landing craft called Vikram.

India successfully completed its first lunar probe mission, Chandrayaan-1, in October 2008. The probe made a controlled impact near the south pole, ejecting subsurface soil to be analyzed later for traces of water.

The planned landing site for Chandryaan 2 is just 220 miles from the rim of the South-Pole Aitken basin — the same massive crater on the far side of the Moon under which scientists recently discovered evidence of a “large excess of mass.”

The rover is carrying an X-ray spectrometer that could analyze the composition of the Aitken basin crust to find clues about its origin story.

The planned mission is kicking off seven months after China sent its Chang'e-4 lunar lander to the far side of the Moon — the first time a man-made object landed on the far less studied side that remains facing away from Earth.