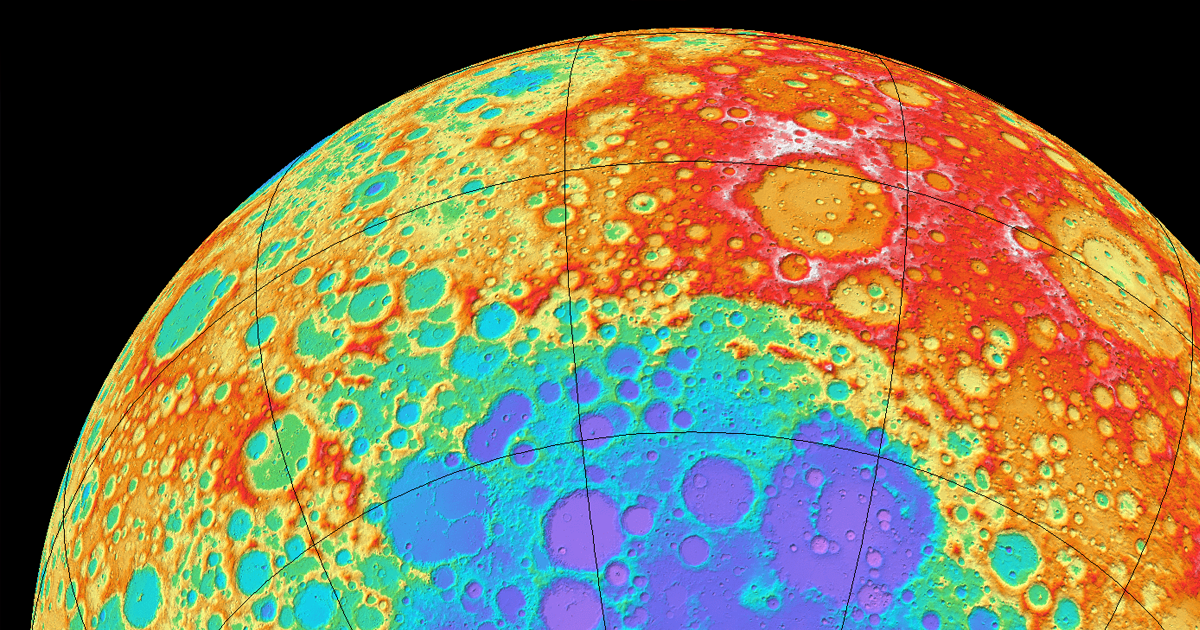 A team of astronomers found a "large excess of mass" under the Moon's largest crater, the Aitken basin — likely a relic from an ancient asteroid impact event, but perhaps something much stranger.

"Imagine taking a pile of metal five times larger than the Big Island of Hawaii and burying it underground," said lead author Peter B. James from Baylor University in Waco, Texas in a statement. "That's roughly how much unexpected mass we detected."

The strange mass extends to "depths of more than 300 km [186 miles]" according to the researchers' paper, which was published in the journal Geophysical Research Letters earlier this year.

To find the mass, the researchers looked at changes in the strength of gravity around the Moon by analyzing data from NASA's Gravity Recovery and Interior Laboratory (GRAIL) mission.

Computer simulations suggest that the crater could have been created by an iron-nickel core asteroid that spread out into the upper mantle of the Moon during impact while the metal "could remain suspended in the Moon's mantle until the present day, rather than sinking to the Moon's core," James said.

Another theory floating around as to what the mass might be the result of: lunar magma ocean solidification, or the process in which a once molten Moon surface solidified over billions of years while forming dense oxides.

More on the Moon: Weird Flashes Keep Appearing on the Moon and Scientists Don't Know Why

Shoo
Scientists Warn Giant Asteroid Is Actually Swarm, Nearly Impossible to Destroy
Tuesday
Read More
Moon Wrestling
The Head of NASA Is Scared Chinese Astronauts Will Seize Portions of the Moon
Jan 3
Read More
Next Time
NASA Cancels First Launch Attempt of Uber Expensive Moon Rocket
8. 29. 22
Read More
+Social+Newsletter
TopicsAbout UsContact Us
Copyright ©, Camden Media Inc All Rights Reserved. See our User Agreement, Privacy Policy and Data Use Policy. The material on this site may not be reproduced, distributed, transmitted, cached or otherwise used, except with prior written permission of Futurism. Articles may contain affiliate links which enable us to share in the revenue of any purchases made.
Fonts by Typekit and Monotype.