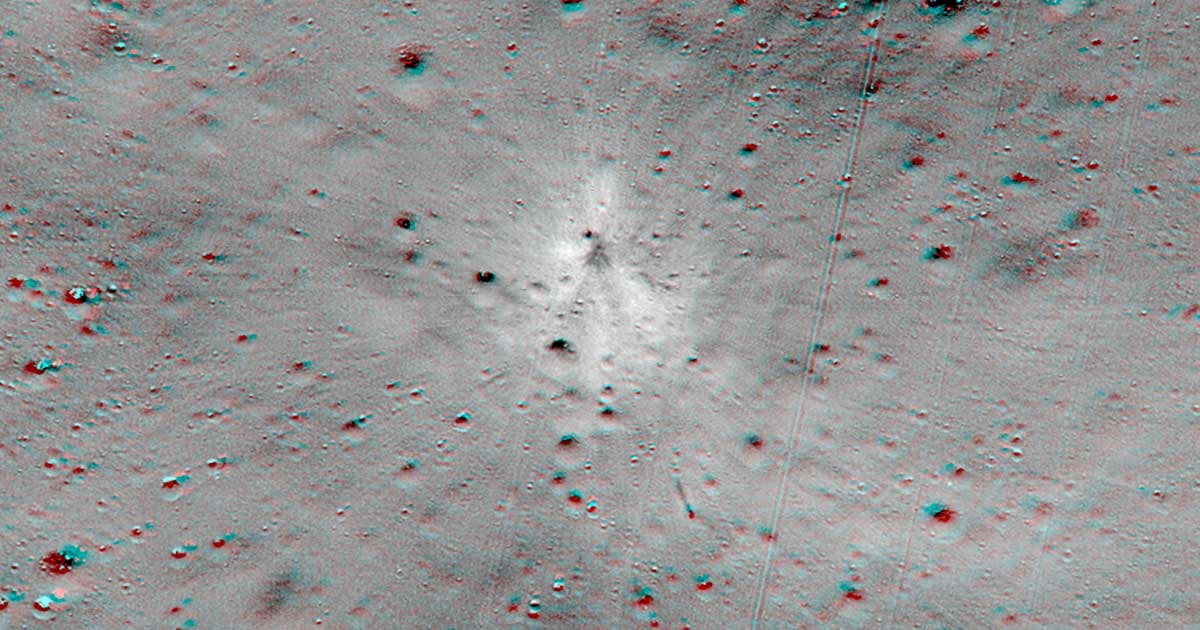 NASA announced Monday that it had finally found the crash site of India’s lost lunar lander, Vikram. Images taken by the Lunar Reconnaissance Orbiter Camera show the lander’s crash site about 600 km from the Moon’s south pole, shown below, including an impact point and field of debris surrounding it.

The finding corroborated a discovery first made by an amateur space enthusiast named Shanmuga “Shan” Subramanian.

Vikram was part of India’s Chandrayaan-2 mission to send an orbiter, lander, and rover to the Moon’s surface. Those ambitions were cut short when the Indian Space Research Organization lost touch with the lander as it was approaching the lunar surface on September 7 after being released by the orbiter.

Two and a half months after the agency lost contact, the ISRO finally admitted the lander crashed — a week before NASA discovered the lander’s crash site.

The lander, with an orbiter and a rover called Pragyaan in tow, launched from the Satish Dhawan Space Centre, Sriharikota in Andhra Pradesh on July 15. The orbiter is currently in full operation.

The lander was set to make India only the fourth country after the U.S., the USSR, and China to softly land a manmade object on the Moon.

“Despite the loss, getting that close to the surface was an amazing achievement,” reads NASA’s statement.

Editor’s note 12/3/19: A previous version of this article attributed the discovery to NASA. In fact, the first person to make the identification was an amateur space enthusiast Shanmuga “Shan” Subramania. It has been updated.

Overloaded
Whiny Space Tourists Say They Were Too Busy on the Space Station
May 14
Read More
The Moonian
Senior NASA Official Fears Getting “Stuck” on the Moon
May 4
Read More
Moon Patrol
US Military Announces Plans for Satellite Orbiting the Moon
Mar 4
Read More
+Social+Newsletter
TopicsAbout UsContact Us
Copyright ©, Camden Media Inc All Rights Reserved. See our User Agreement, Privacy Policy and Data Use Policy. The material on this site may not be reproduced, distributed, transmitted, cached or otherwise used, except with prior written permission of Futurism. Fonts by Typekit and Monotype.