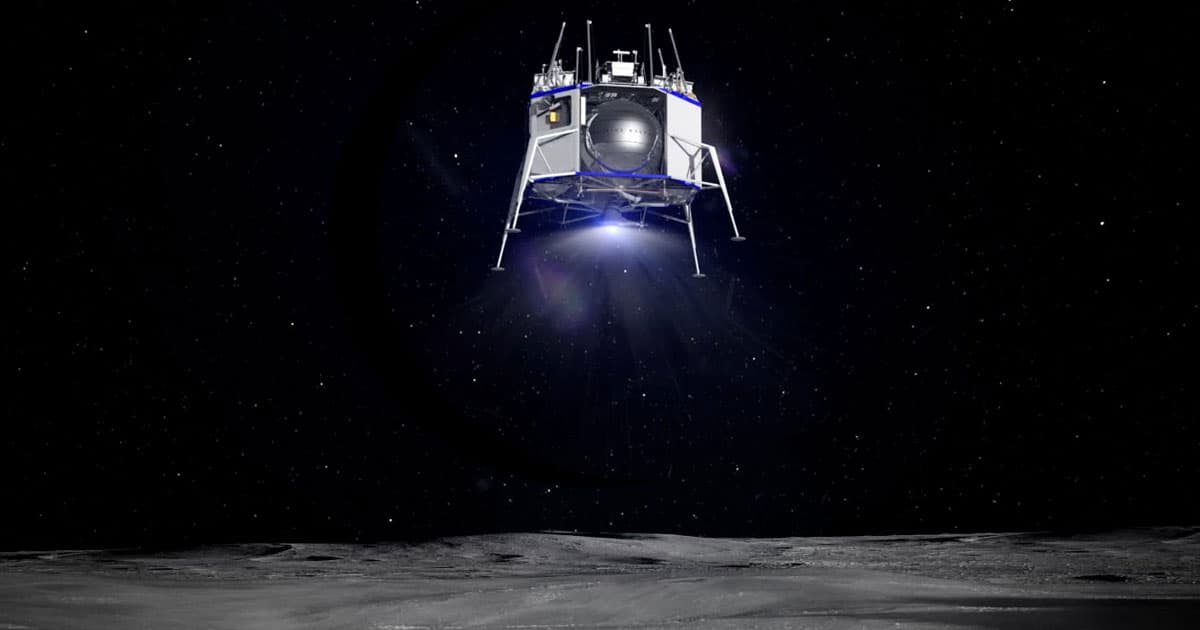 "Data looks great and hardware is in perfect condition."

"Data looks great and hardware is in perfect condition."

Jeff Bezos-led Blue Origin just fired up its gigantic BE-7 Moon lander engine for the first time at NSA's Marshall Space Flight Center in Huntsville, Alabama. The test signifies a big step forward for the private space company's efforts to land on the Moon.

The BE-7 engine runs on liquid oxygen and hydrogen, both of which are resources that could potentially be mined one day on the surface of the Moon. The engine will allow the lander to softly touch down on surface of the Earth's natural satellite.

First hotfire of our #BE7 lunar landing engine just yesterday at Marshall Space Flight Center. Data looks great and hardware is in perfect condition. Test went full planned duration – 35 seconds. Kudos to the whole @BlueOrigin team and grateful to @NASA_Marshall for all the help! pic.twitter.com/cTjjrngumY

Blue Origin revealed its long-awaited plans to go to the Moon at a mysterious press event in May. At the event, the company revealed a brand new design of its "Blue Moon" lander, designed to carry 6.54 tons of cargo and astronauts.

It's still far too early to tell whether U.S. astronauts will be getting a ride inside a Blue Moon provided by Blue Origin.

We'll find out soon. NASA is planning to chose one or more companies later this year.

READ MORE: Blue Origin fires up the engine of its future Moon lander for the first time [The Verge]