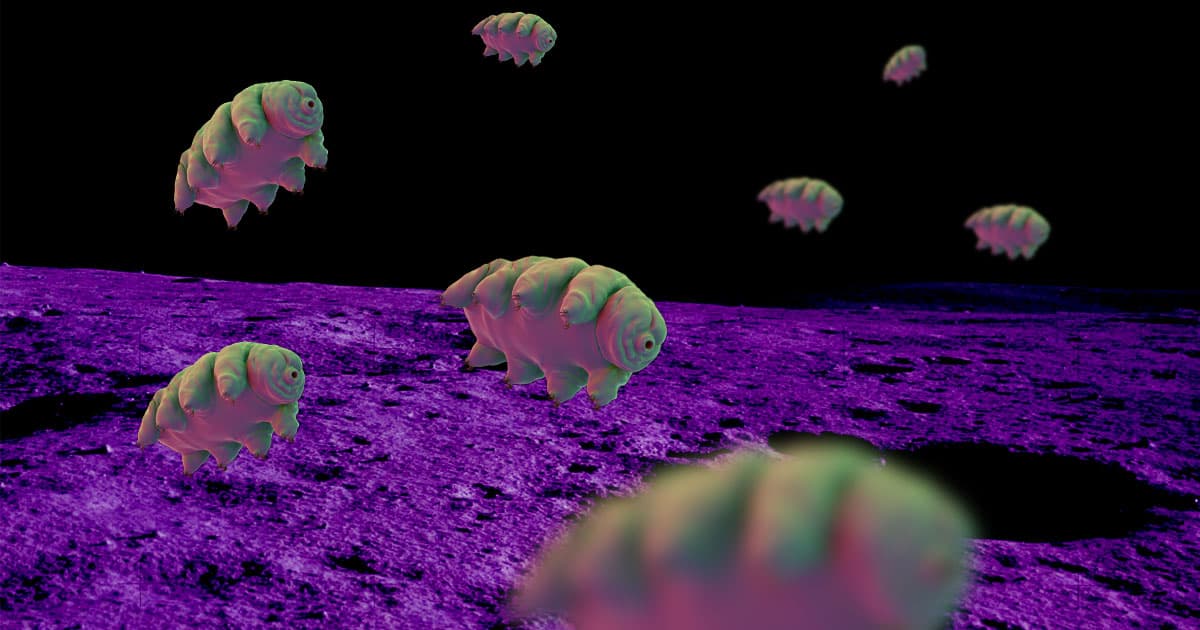 Water Bears on the Moon

And they may still be alive.

And they may still be alive.

Israeli lunar lander Beresheet crashed onto the surface of the Moon on April 11 — and it may have left more than a pile of wreckage. It was also carrying thousands of tardigrades, small micro-animals often referred to as "water bears."

Why it matters: because, according to Wired, tardigrades are the "toughest animal in the known universe" — so resilient that they've been found living on the exterior of the International Space Station. In other words, there may now be life on the Moon.

Beresheet's tardigrades probably won't be crawling around on the lunar surface, because scientists dehydrated them first — though they can be revived for years after the procedure.

As for the harsh climate of the lunar surface, tardigrades can survive temperatures as low as - 328 degrees Fahrenheit — and don't even have to be dehydrated to do so. Earlier this year, China's Chang'e-4 lunar probe found that the lowest temperature it measured during the night was - 297 Fahrenheit.

In other words: though it's not clear how long it might survive, humans may have now accidentally contaminated the Moon with life from Earth.

More on tardigrades: Water Bears Could One Day Outlive Everything Except the Sun Itself

Tardigrade Silliness
Scientists Claim to Entangle Entire Animal in Quantum State
12. 22. 21
Read More
Dead Serious
Scientists: Global Warming Could Kill Tardigrades
1. 15. 20
Read More
Water Bears Could One Day Outlive Everything Except the Sun Itself
7. 19. 17
Read More
+Social+Newsletter
TopicsAbout UsContact Us
Copyright ©, Camden Media Inc All Rights Reserved. See our User Agreement, Privacy Policy and Data Use Policy. The material on this site may not be reproduced, distributed, transmitted, cached or otherwise used, except with prior written permission of Futurism. Articles may contain affiliate links which enable us to share in the revenue of any purchases made.
Fonts by Typekit and Monotype.