Water Bears Could One Day Outlive Everything Except the Sun Itself

They may be tiny, but these little creatures are mighty. 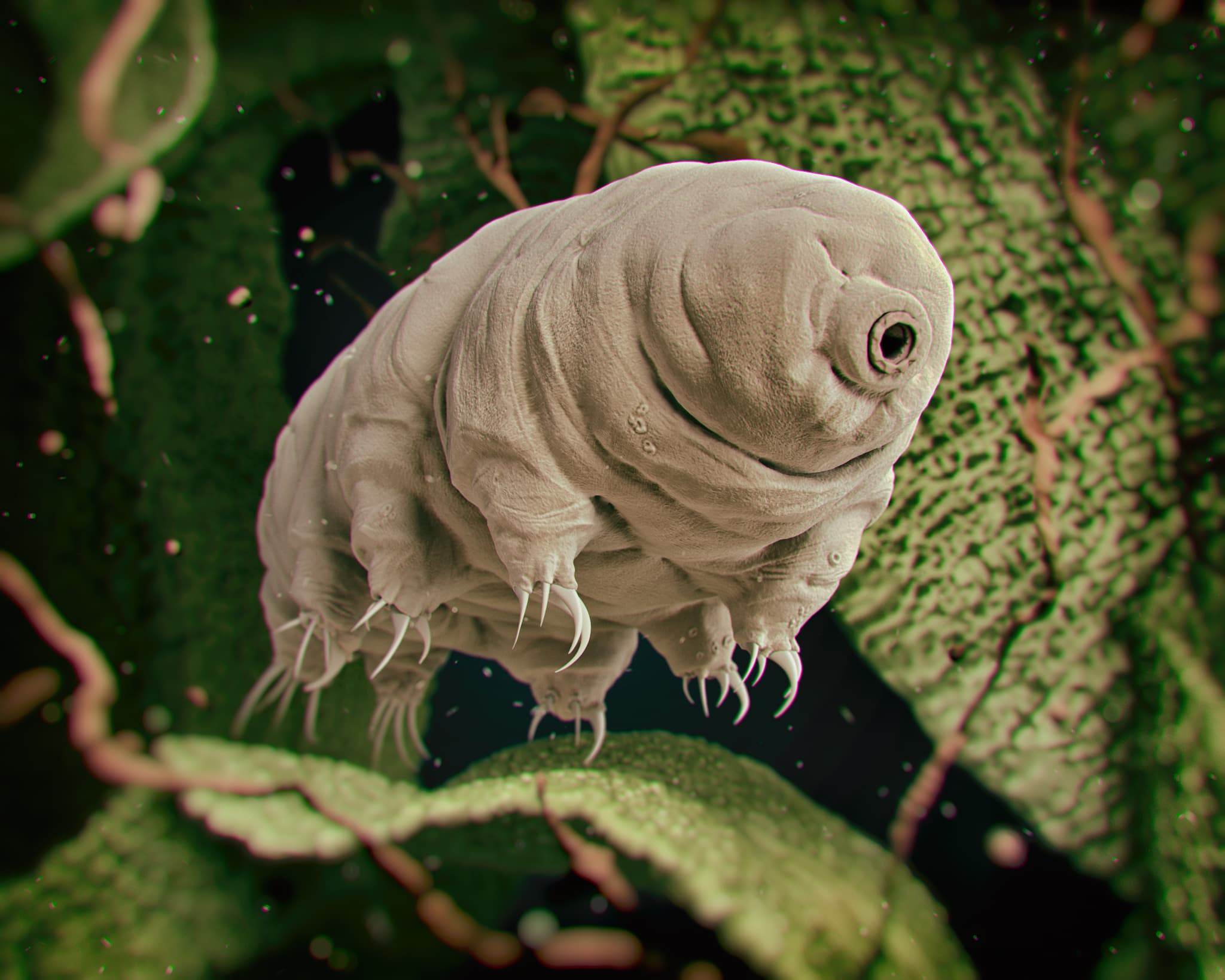 Tardigrades are virtually microscopic critters that are extremophiles in the most, well, extreme sense. They often go by the name "water bears" (or sometimes "moss piglets") because, while they are segmented and have eight legs, when magnified, they look like adorable, chubby little gummy bears — scientifically speaking.

But the extreme nature of these organisms isn't in their cuteness, it's in their virtual indestructibility. That's right, what you may have heard before is true. Tardigrades can survive just about anything — even the vacuum of space (for a limited period of time, of course).

Water bears prefer to live in moist environments like within the sediment at the bottom of lakes. But these hearty animals can survive unbelievable temperatures, radiation, extreme pressure, and so much more. This is why, according to a recent study published in Nature by researchers from the Oxford and Harvard, tardigrades might be the last species (of anything on Earth) still alive when the Sun dies.

David Sloan was part of the team that explored whether or not tardigrades could survive asteroid impact, gamma ray bursts, and supernovae (the explosion marking the death of a star). "To our surprise we found that although nearby supernovae or large asteroid impacts would be catastrophic for people, tardigrades could be unaffected," Sloan said in an interview for a Harvard press release. "Therefore it seems that life, once it gets going, is hard to wipe out entirely."

So, if these researchers are right, why does it matter? Well, this research helps to advance more than just the understanding of tardigrade biology. With the discovery of Trappist-1, recent obstacles found in the search for life on Mars, and the potential to find life on Titan, the study of extremophiles is essential to the quest to find life outside of Earth.

The better that we understand the limits and boundaries of life as we know it to exist on Earth, the better equipped we will be to search for life in the cosmos.

Read This Next
Strange Stars
Astronomers Puzzled by Extremely Peculiar Object in Deep Space
Hubble Tension
Most Precise Measurements of the Universe Suggest That Something Is Very Wrong
zombie star
Scientists Puzzled by Star That Exploded in Supernova But Somehow Survived
Tardigrade Silliness
Scientists Claim to Entangle Entire Animal in Quantum State
Betelgeuse Betelgeuse Betelgeuse
Astronomers: This Star Isn't As Giant As We Thought, Just Closer
More on Hard Science
Warped Tour
Feb 2 on futurism
Professor Believes Door to Warp Drive May Lie With Ethylene Glycol
Sky Bursts
Feb 2 on the byte
Astronomers Intrigued by 25 Mysterious Repeating Radio Signals From Deep Space
Tractor Beam
Jan 26 on the byte
Scientists Build Working Tractor Beam, Although It's Comically Tiny
READ MORE STORIES ABOUT / Hard Science
Keep up.
Subscribe to our daily newsletter to keep in touch with the subjects shaping our future.
+Social+Newsletter
TopicsAbout UsContact Us
Copyright ©, Camden Media Inc All Rights Reserved. See our User Agreement, Privacy Policy and Data Use Policy. The material on this site may not be reproduced, distributed, transmitted, cached or otherwise used, except with prior written permission of Futurism. Articles may contain affiliate links which enable us to share in the revenue of any purchases made.
Fonts by Typekit and Monotype.