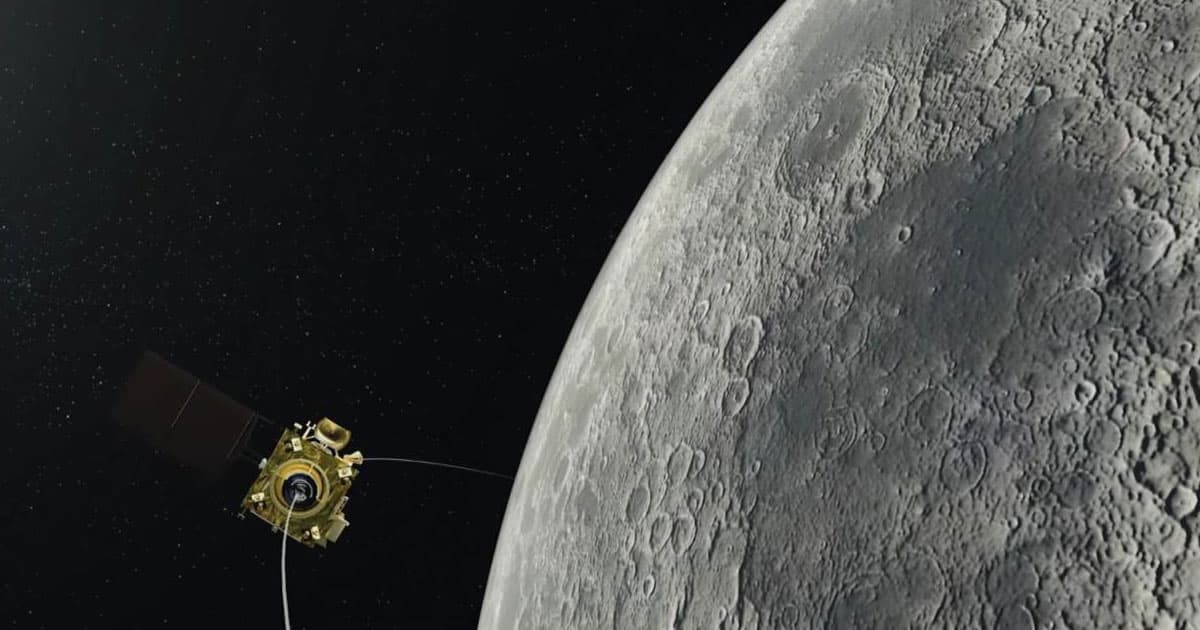 The spacecraft is on track for a September 7th landing.

The spacecraft is on track for a September 7th landing.

India's Chandrayaan 2 spacecraft is now in orbit around the Moon.

That means it's on schedule to touch down on the lunar surface on September 7, according to Agence France-Presse. If the mission continues as planned, India will become the fourth country to land a spacecraft on the Moon, following Russia, the U.S., and China — an accomplishment that would cement its space agency's role as a major player in the field.

The maneuver that brought the spacecraft into orbit around the Moon is one of the trickiest parts of the entire mission, AFP reports. If it approached at too high a speed, the Moon's gravitational pull wouldn't have been enough to stabilize the ship and it would have careened off into space. Too slow and it would have been pulled straight down into a crash landing on the Moon.

"The approach velocity had to be just right and the altitude over the moon precise. Even a small error would have killed the mission," Indian Space Research Organization chief Kailasavadivoo Sivan said at a media briefing attended by AFP.

India has reached lunar orbit before — the Chandrayaan-1 spacecraft did so in 2008.

But a successful landing would keep the country on track for its stated goal to launch a crewed mission by 2022 and a yet-unscheduled landing on Mars.

More on space: Debris From the Satellite India Blew Up Still Polluting Orbit