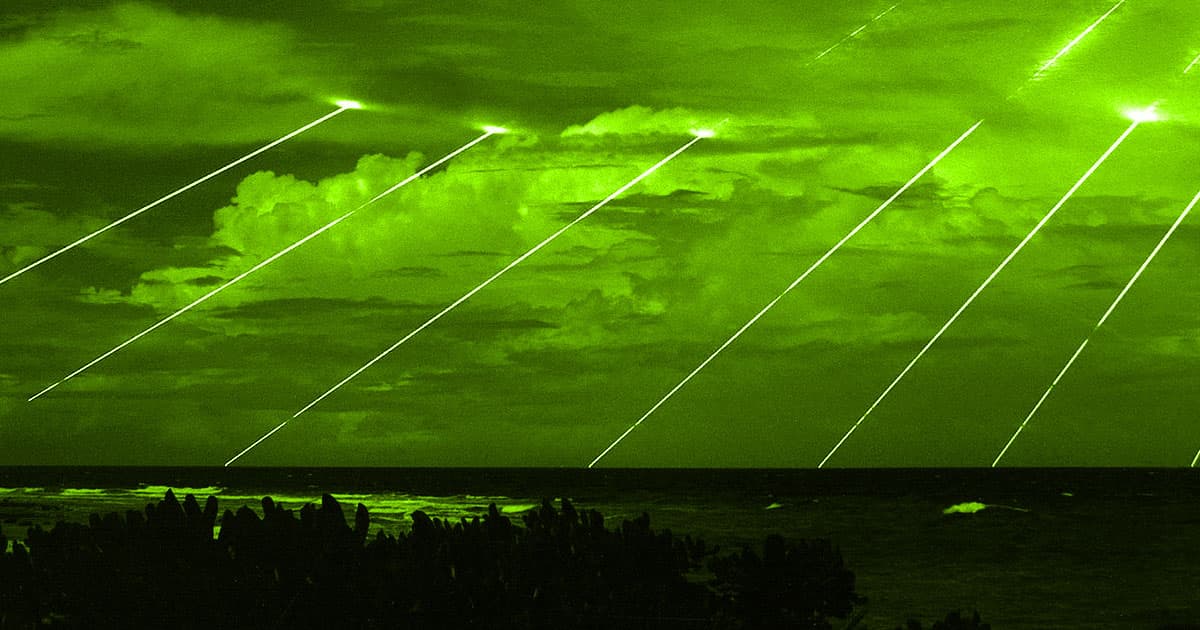 Debris From the Satellite India Blew Up Still Polluting Orbit

A brutal preview of space warfare.

A brutal preview of space warfare.

In March, India shot down a satellite with a missile.

“India is now a major space power,” declared Indian Prime Minister Narendra Modi at the time, according to local news.

But the event was an environmental catastrophe: debris created by the space explosion are still whipping around the Earth at thousands of miles per hour, putting spacecraft and other satellites in danger, according to The Verge — a four full months after the anti-missile test.

“Based on the current decay rates of some of these higher orbit objects, I think there will be at least some debris up for another year,” U.S. Air Force public affairs officer Cody Chiles told The Verge. “But probably not for two years.”

In June, astronomers from the Harvard-Smithsonian Centre for Astrophysics were still tracking some 41 debris objects out of 400 originally identified. They add even more debris to an already very polluted Earth orbit.

NASA administrator Jim Bridenstine said back in April that some 24 pieces at the same altitude at the International Space Station's 250 miles posed an "unacceptable threat" to astronauts. "That kind of activity is not compatible with the future of human spaceflight.”

READ MORE: More than 50 pieces of debris remain in space after India destroyed its own satellite in March [The Verge]

Duck and Roll
Russia Forced to Dodge Space Debris From When It Blew Up Satellite
6. 17. 22
Read More
Dodged
SpaceX's Spacecraft Just Had a Near Collision With an Unidentified Object
4. 23. 21
Read More
X-Ray Vision
A New Satellite Can Peer Inside Some Buildings, Day or Night
12. 16. 20
Read More
+Social+Newsletter
TopicsAbout UsContact Us
Copyright ©, Camden Media Inc All Rights Reserved. See our User Agreement, Privacy Policy and Data Use Policy. The material on this site may not be reproduced, distributed, transmitted, cached or otherwise used, except with prior written permission of Futurism. Articles may contain affiliate links which enable us to share in the revenue of any purchases made.
Fonts by Typekit and Monotype.