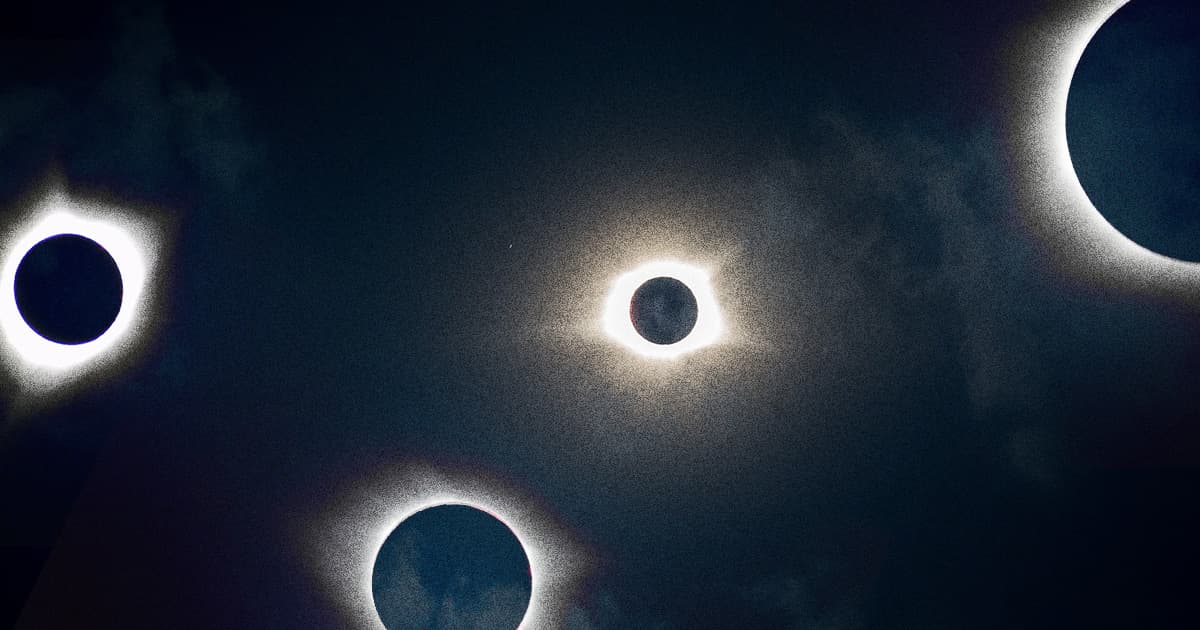 Scientists have found a star system unlike any other: six stars paired up into three binary systems, all orbiting one another as a gigantic cluster.

There are a handful of other sextuple star systems out there, according to The New York Times, but none in the incredible triple-binary arrangement of the new system, dubbed TIC 168789840. The system, which was spotted by NASA's exoplanet-hunting TESS satellite, is cool and weird enough to be noteworthy on its own — but now astronomers hope it can help them understand the oddities of how stars form near each other in the first place.

Unfortunately, four of the six stars orbit so close to one another that they would immediately engulf and destroy any exoplanets that form near them ­— so there wouldn't be any extraterrestrials around to investigate the stars' past.

But the other two stars keep their distance, so it's technically possible that there could be some yet-undiscovered worlds orbiting them and watching the other two binary systems from afar, according to research accepted for publication in The Astronomical Journal.

Scientists still aren't quite sure how the sextuple system formed. But they suspect that the first three stars formed in concert and then each successive one grew its own binary companion after passing through a clump of cosmic gas. But they won't know, according to the NYT, until they find another system like it to double check.

"Just the fact that it exists blows my mind," Powell told the NYT. "I'd love to just be in a spaceship, park next to this thing and see it in person."

More on unusual stars: A Three-Star System Ripped Apart Its Own Protoplanetary Disc