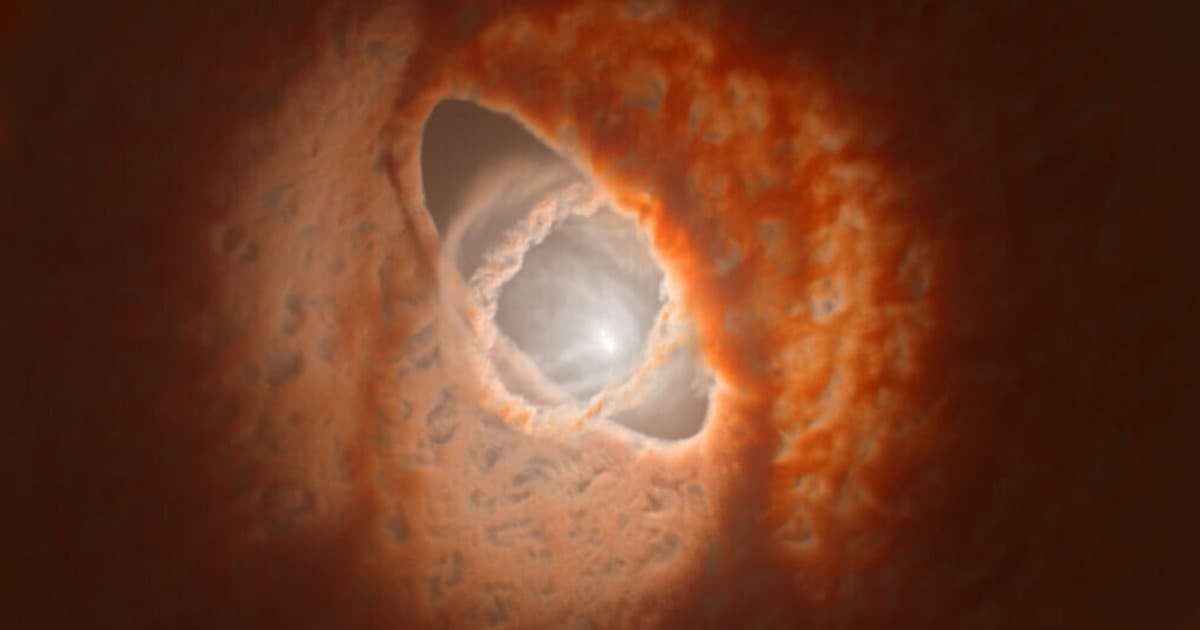 A Three-Star System Ripped Apart Its Own Protoplanetary Disc

Stars can still form, but they'll have a rough time.

Stars can still form, but they'll have a rough time.

For the first time, astronomers have found a star system that ripped apart its own protoplanetary disc, the ring of materials that gradually clump together to form planets.

The star system in question, GW Orionis, is particularly volatile. With three stars at its center, what once was a regular, uniform protoplanetary disk is now warped out of alignment, according to research published Thursday in the journal Science. It's an unusual find, and it could help the hunt for more exoplanets elsewhere now that scientists know planets could form in bizarre, unique orbits.

Thankfully, the damage to the protoplanetary disc isn't so bad that exoplanets can't form around the three stars. Even a separate misaligned ring still has enough material to potentially create a new world.

"Any planets formed within the misaligned ring will orbit the star on highly oblique orbits and we predict that many planets on oblique, wide-separation orbits will be discovered in future planet imaging campaigns," study co-author Alexander Kreplin of the University of Exeter said in a press release.

The scientists found that the three stars, all of which are in misaligned orbits, could have gradually ripped the disc apart. But a separate team from the University of Victoria thinks that there's still a missing piece: one exoplanet formed in the middle of the mess that served as a trigger for the ensuing chaos.

"We think that the presence of a planet between these rings is needed to explain why the disc tore apart," Victoria researcher Jiaqing Bi said in the release.

More on planet formation: A Baby Exoplanet Is Creating Strange Dust Rings Around Its Star