We can safely rule out an entire class of exoplanets. 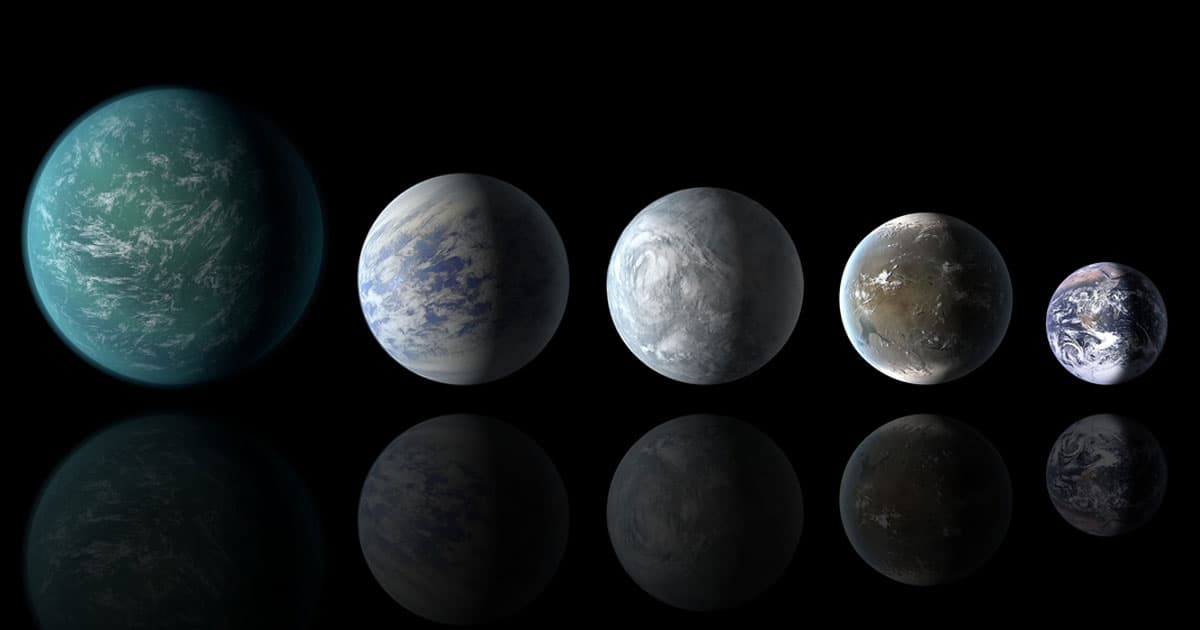 Scientists may have been looking for extraterrestrial life in all the wrong places.

Astronomers were just able to rule out life on an entire class of exoplanets. The research, published Monday in the journal Nature, looked specifically at the exoplanet LHS 3844b — a small, rocky planet orbiting a star similar to our Sun. The study found that this particular exoplanet is too hot to support an atmosphere, and Scientific American reports that the scientists behind it suspect similar worlds are as well.

Whether these rocky, roughly-Earth-sized exoplanets that orbit Sun-like red dwarf stars make good candidates for alien life is an ongoing debate among astronomers, according to SciAm. But this new research may have put the final nail in the coffin, at least for exoplanets that orbit their stars as closely as LHS 3844b.

The study found that the exoplanet orbits its star similarly to how the Moon orbits Earth — the same side is always facing inward. That star-facing side of the planet sits at a roasting 767 degrees Celsius, while the other side is over a thousand degrees colder, resting at -273 C.

If the exoplanet had a habitable atmosphere, those extreme temperatures may have blended together to form a more temperate, planet-wide climate. But because they didn't, the astronomers behind the study concluded that hot, rocky planets like LHS 3844b can't support an atmosphere and therefore can't support life.

That's bad news for scientists who hinged the search for alien life on that particular class of exoplanets, but in the long run it could help scientists narrow down their search. If anything, this finding can give scientists a better understanding of what does and does not fall within the habitable zone, which is the range of distances from which an exoplanet can orbit its star and still potentially support life.

"The discovery of a lack of an atmosphere on this planet doesn’t make it any less likely that planets in the habitable zone would have an atmosphere," Tiffany Jansen, a Columbia University astronomer who didn't contribute to the new study told SciAm.

Laura Kreidberg, another Harvard astronomer who worked on the research, told SciAm that she's holding out hope for these planets. That's because the factors that create and strip away exoplanetary atmospheres are still poorly understood and will remain so until future James Webb Space Telescope is deployed.

"If you were an alien looking at our solar system and saw Mercury, you’d be a little discouraged," she told SciAm.

More on exoplanets: Scientists Just Found a Hellish Exoplanet Shaped Like a Football

Read This Next
Space Lumps
Scientists Say We May Be Extremely Wrong About the Universe
Into Darkness
Inside NASA's Bold Proposal to Probe the Mysteries of Dark Matter
Myanus, Hisanus, Heranus...
Here's What Uranus Scientists Think About Your Disgusting Jokes
Science is Hard
Extremely Dubious Scientist Believes There's Mushrooms and Lichen on Mars
Space Smells
Someone Made a Perfume That Smells Like Outer Space
More on Hard Science
Warped Tour
Feb 2 on futurism
Professor Believes Door to Warp Drive May Lie With Ethylene Glycol
Sky Bursts
Feb 2 on the byte
Astronomers Intrigued by 25 Mysterious Repeating Radio Signals From Deep Space
Tractor Beam
Jan 26 on the byte
Scientists Build Working Tractor Beam, Although It's Comically Tiny
READ MORE STORIES ABOUT / Hard Science
Keep up.
Subscribe to our daily newsletter to keep in touch with the subjects shaping our future.
+Social+Newsletter
TopicsAbout UsContact Us
Copyright ©, Camden Media Inc All Rights Reserved. See our User Agreement, Privacy Policy and Data Use Policy. The material on this site may not be reproduced, distributed, transmitted, cached or otherwise used, except with prior written permission of Futurism. Articles may contain affiliate links which enable us to share in the revenue of any purchases made.
Fonts by Typekit and Monotype.