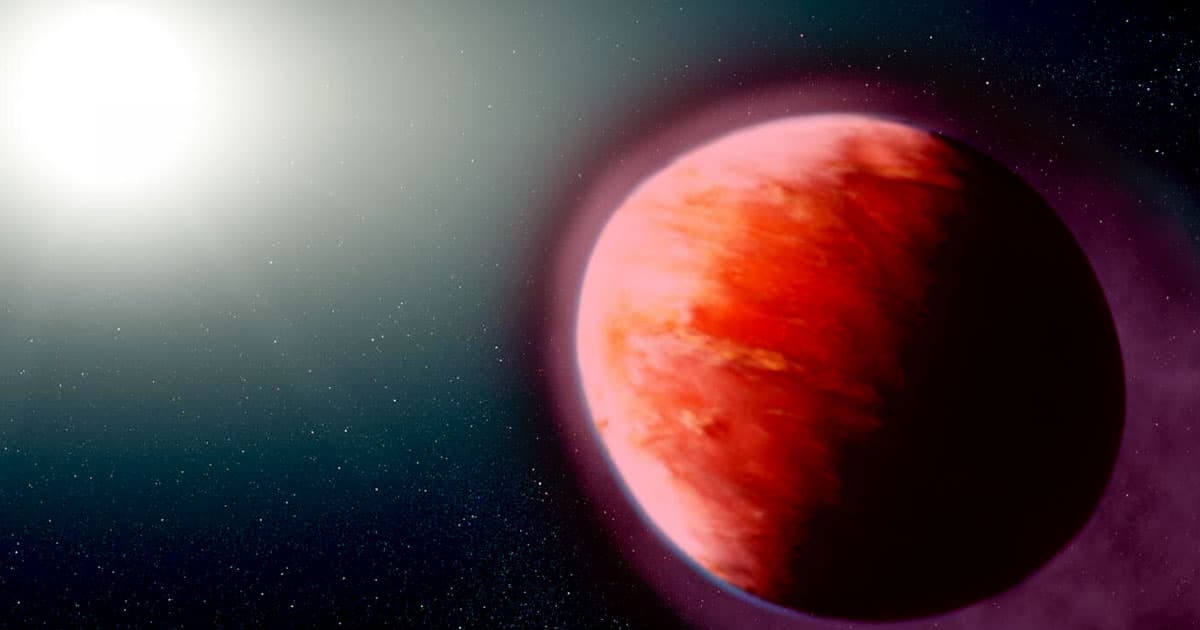 Scientists Just Found a Hellish Exoplanet Shaped Like a Football

Make no mistake: this planet is basically Hell.

Make no mistake: this planet is basically Hell.

An international team of astronomers has found a distant exoplanet that's being deformed into the shape of a football by the brutal gravitational pull of its host star.

"This planet is a prototype for ultra-hot Jupiters," said Drake Deming, astronomy professor at the University of Maryland and co-author of a paper about the bizarre planet that was published today in the Astronomical Journal, in a statement. "These planets are so heavily irradiated by their host stars, they're almost like stars themselves."

The extremely hot planet, called WASP-121b, was discovered in a star system 90 light-years away in 2015 by NASA's Hubble Space Telescope. But new insights about the planet are leaving astronomers scratching their heads.

"The planet is being evaporated by its host star to the point that we can see metal atoms escaping the upper atmosphere where they can interact with the planet's magnetic field," said Deming. "This presents an opportunity to observe and understand some very interesting physics."

Hot Jupiters are a class of giant gas planets that orbit extremely closely their star and heat up to blazing temperatures as a result. But WASP-121b is a particularly extreme example at 4,600 degrees Fahrenheit.

"Although they're rare, they really stand out once you've found them," Deming added.