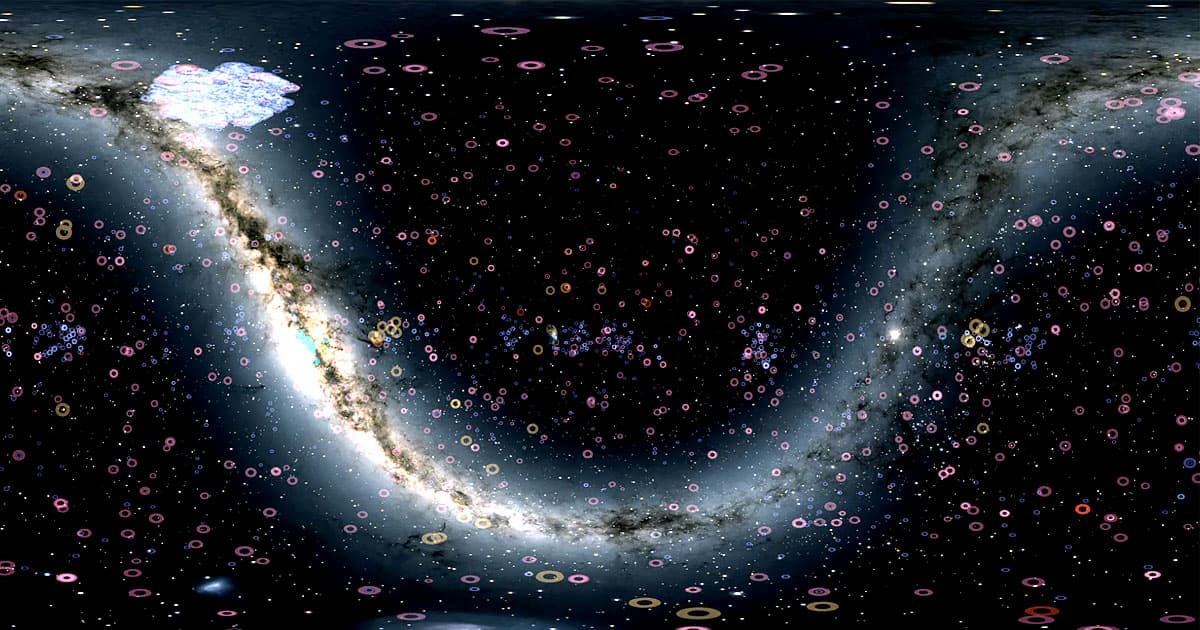 NASA Just Released an Incredible Map of All Known Exoplanets

NASA just dropped an astonishingly elaborate map of more than 4,000 exoplanets known to exist outside our Solar System, which takes the form of a video that shows how many exoplanets we've discovered each year since 1991.

Exoplanets are not only interesting to us because they orbit a different star, but also because they have the potential to harbor life.

It's an impressive visualization of the exponential rate at which we're discovering outside worlds many light-years away. That's in part thanks to the Kepler Space Telescope, NASA's now-retired orbital imaging craft that searched the far reaches of deep space for exoplanets since it launched in 2009.

While Kepler had to be retired last year, other satellites and space telescopes have picked up where it left off, including NASA’s Transiting Exoplanet Survey Satellite, which recently spotted its smallest exoplanet ever.

And future space telescopes are also in the planning stages, such as the European Characterising Exoplanets Satellite, scheduled to launch later this year.

Unfortunately, NASA's latest planned space telescope, the James Webb Telescope, has been facing a lot of delays, while getting heat from Congress about NASA drastically going over budget for the project.

More on exoplanets: Gravitational Wave Detector May Find Exoplanets in Nearby Galaxies

Cosmic
Here's What to Expect From James Webb's First Images
7. 8. 22
Read More
Space Telescope Sale
Someone's Selling a NASA Space Telescope on Craigslist for $10 Million
12. 22. 21
Read More
It's Baby
NASA's TESS Mission Has Spotted Its Smallest Exoplanet Ever
7. 1. 19
Read More
+Social+Newsletter
TopicsAbout UsContact Us
Copyright ©, Camden Media Inc All Rights Reserved. See our User Agreement, Privacy Policy and Data Use Policy. The material on this site may not be reproduced, distributed, transmitted, cached or otherwise used, except with prior written permission of Futurism. Articles may contain affiliate links which enable us to share in the revenue of any purchases made.
Fonts by Typekit and Monotype.