Here's What to Expect From James Webb's First Images 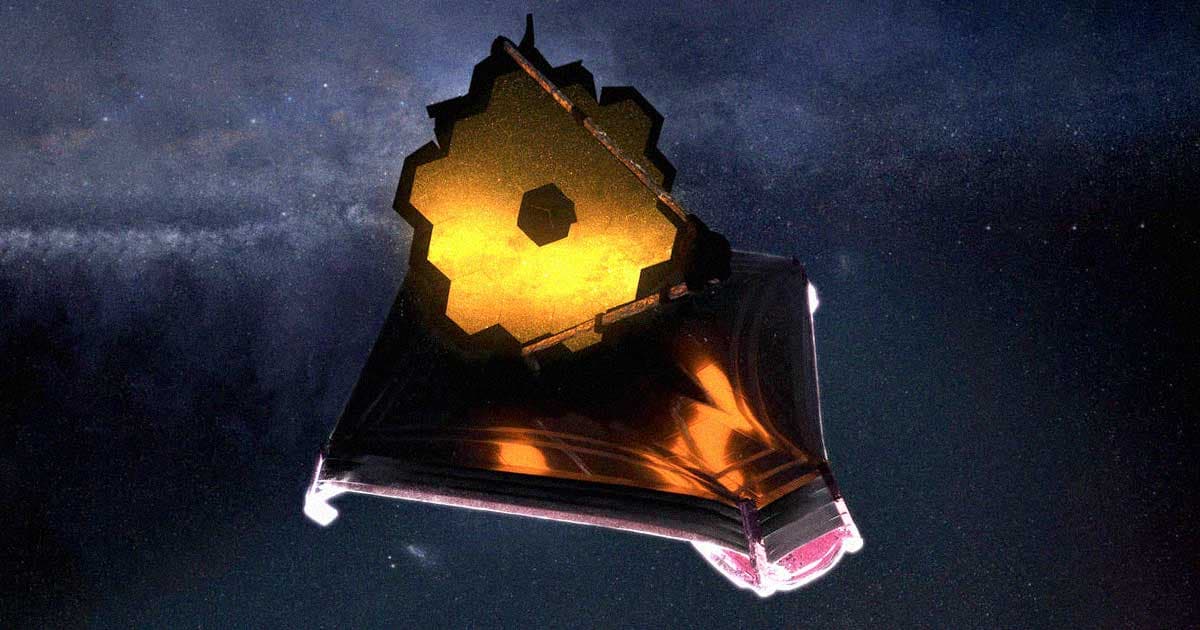 NASA just teased us with a list of the cosmic wonders captured by the James Webb telescope for its upcoming first images.

And the images are bound to be a doozy, with the space agency claiming that the images will "reveal unprecedented and detailed views of the universe."

Considering that scientists working on the project were literally moved to tears from what they saw, we're inclined to believe them.

"What I have seen moved me, as a scientist, as an engineer, and as a human being," NASA's deputy administrator Pam Melroy told reporters last week, with NASA's scientific missions lead Thomas Zurbuchen adding that he almost cried.

Fortunately, we won't have to wait too long to see them for ourselves. Expect the full-color images to drop on July 12th during a live broadcast that starts at 10:30 am EDT.

In the meantime, let’s take a look at some of the cosmic wonders that the James Webb telescope has chosen as its first targets.

NASA calls it one of the biggest and brightest nebulae. Some 7,600 light years away in the Carina constellation, it’s rife with massive stars.

Carina’s already a pretty well captured nebula (check out the Pillars of Destruction), so you have to wonder what the James Webb telescope will have in store.

WASP-96 b is a giant gas exoplanet 1,150 light years from our own. Weighing in at about half the mass of Jupiter, it caught the eyes of scientists back in 2018 for its abundance of sodium and its cloudless atmosphere.

Also known as the "Eight-Burst" nebula, the Southern Ring Nebula is what's referred to as a planetary nebula, nearly half a light-year in diameter.

It’s a giant cosmic gas cloud formed from the gradually casted-off matter of a dying star.

This one’s really out there at 290 million light years away. Stephan’s Quintet is the first compact galaxy group astronomers ever laid eyes on in 1877.

As the name suggests, it’s a visual cluster of five galaxies — "visual" because it turns out that one of them is significantly closer to us than the rest. But that hardly spoils the appeal.

SMACS 0723 is another cluster of four galaxies, which NASA’s is using for a neat trick: the gravity of the foreground galaxies in the cluster magnifies and distorts the light of the galaxies behind them, kind of like a telescope. So by pointing the James Webb at them, we can get a better look at what lies beyond.

While we're counting down the days until the images are officially released, NASA has completed a calibration test of the James Webb telescope and shared a breathtaking test image.

It's one hell of a sneak peak, and we can't wait for NASA to reveal the new images in their full glory in a matter of just four days.

More on the James Webb telescope: Scientists Say New James Webb Images Are So Powerful That It Was Emotional Just Looking at Them

Read This Next
Moon Vacation
NASA Finds Holes on the Moon Where It's Always a Comfortable Temperature
Buh Bye
Russia Says It's Definitely Quitting the ISS But Doesn't Say When Exactly
Pay Up
NASA Seeks Funding to Send Scientists to Space Station
Tada!
NASA Officially Unveils First Set of Dazzling James Webb Images
Nightmare Fuel
This Horror Story About the Webb Telescope Will Chill Your Bones
More on Off World
Space Grow
Yesterday on the byte
Plans Announced for Full Greenhouse on International Space Station
Not Good
Monday on the byte
Mars Astronauts Would Get Horrifying Dose of Radiation, Study Finds
Under the Sea
Aug 13 on the byte
Harvard Professor Trying to Recover Alleged Alien Tech From Ocean
READ MORE STORIES ABOUT / Off World
Keep up.
Subscribe to our daily newsletter to keep in touch with the subjects shaping our future.
+Social+Newsletter
TopicsAbout UsContact Us
Copyright ©, Camden Media Inc All Rights Reserved. See our User Agreement, Privacy Policy and Data Use Policy. The material on this site may not be reproduced, distributed, transmitted, cached or otherwise used, except with prior written permission of Futurism. Fonts by Typekit and Monotype.