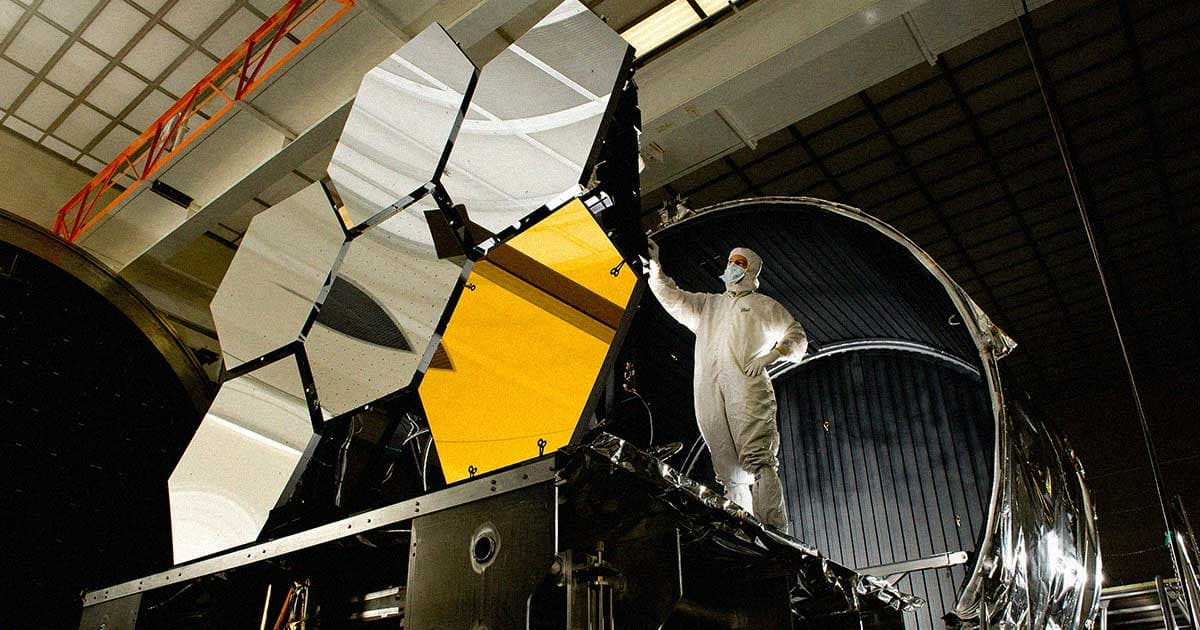 "What I have seen moved me, as a scientist, as an engineer, and as a human being."

"What I have seen moved me, as a scientist, as an engineer, and as a human being."

While we await the ceremonial release of the first official images taken by NASA's uber-expensive James Webb Space Telescope, early reactions to the long-awaited shots are already sounding pretty promising.

"The images are being taken right now," NASA's scientific missions lead Thomas Zurbuchen told reporters on Wednesday. "There is already some amazing science in the can, and some others are yet to be taken as we go forward. We are in the middle of getting the history-making data down."

NASA plans to release several images on July 12, the inaugural "first light" observations from the space telescope and a potentially groundbreaking moment for the field of astronomy.

Do you already have access to the upcoming James Webb images? If so, feel free to send them to tips@futurism.com.

It's a momentous occasion and emotions are already running high.

"What I have seen moved me, as a scientist, as an engineer, and as a human being," NASA's deputy administrator Pam Melroy told reporters.

Zurbuchen also admitted he was in his feelings over the new images.

"It's really hard to not look at the universe in a new light and not just have a moment that is deeply personal," he said at the press conference. "It's an emotional moment when you see nature suddenly releasing some of its secrets. and I would like you to imagine and look forward to that."

The images are expected to include unprecedented views of the depths of the universe and the atmosphere surrounding a distant exoplanet, potentially giving us glimpses of a habitable world other than our own.

It's the culmination of over a decade of research, and a $10 billion investment that could soon pay off in a big way.

No wonder the scientists working on the project are feeling a little sentimental.

More on the telescope: The James Webb Was Struck by a Small Meteoroid, NASA Says

The James Webb Space Telescope Is Going to Stare Straight Into Jupiter
Apr 12
Read More
Against All Odds
If the Readings Are Right, There's Something Very Strange About This Exoplanet
10. 23. 20
Read More
Better Late Than Never
NASA's James Webb Space Telescope Completes Its Final Tests
7. 14. 20
Read More
+Social+Newsletter
TopicsAbout UsContact Us
Copyright ©, Camden Media Inc All Rights Reserved. See our User Agreement, Privacy Policy and Data Use Policy. The material on this site may not be reproduced, distributed, transmitted, cached or otherwise used, except with prior written permission of Futurism. Fonts by Typekit and Monotype.