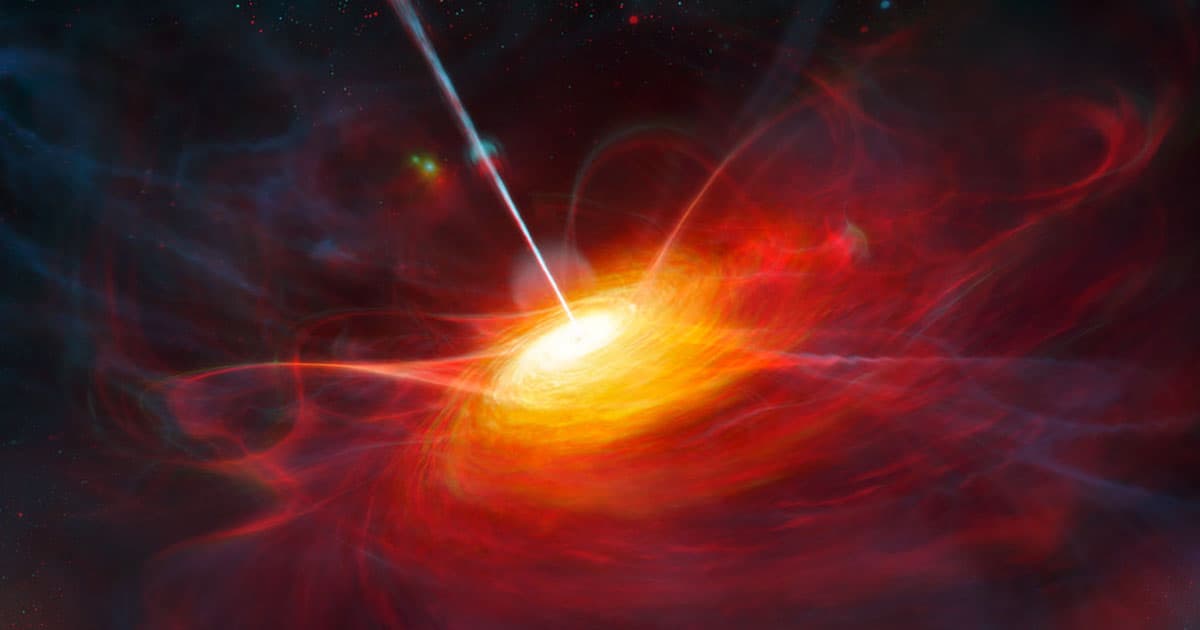 Another amazing plan for the James Webb Space Telescope.

Another amazing plan for the James Webb Space Telescope.

NASA wants to take a fresh look at some distant galaxies.

When the James Webb Space Telescope launches, the space agency plans to use it to capture 3D images of three distant quasars and the host galaxies that swirl around them. The new images, NASA hopes, will help finally explain how, exactly, these bizarre supermassive black holes shape and reshape their galaxies.

Quasars are supermassive black holes that blast out so much energy as they feast that they can outshine the galaxies that host them.

They've so active, in fact, that astronomers believe they choke off new star development within their galaxies, because matter that would normally bunch together to form a new star tends to get blasted away by their powerful winds.

The new images, which would be stitched together after analyzing several different wavelengths of light, would give NASA its first 3D map of those cosmic winds. Because the winds aren't symmetric, NASA researchers say in a press release, they're too unpredictable to simulate in a computer and must be captured in an image instead.

"Physically very small objects, supermassive black holes seem to have an enormous impact on the evolution of galaxies and eventually on the way our universe looks today," Dominika Wylezalek, a University of Heidelberg researcher leading the NASA project, said in the release.