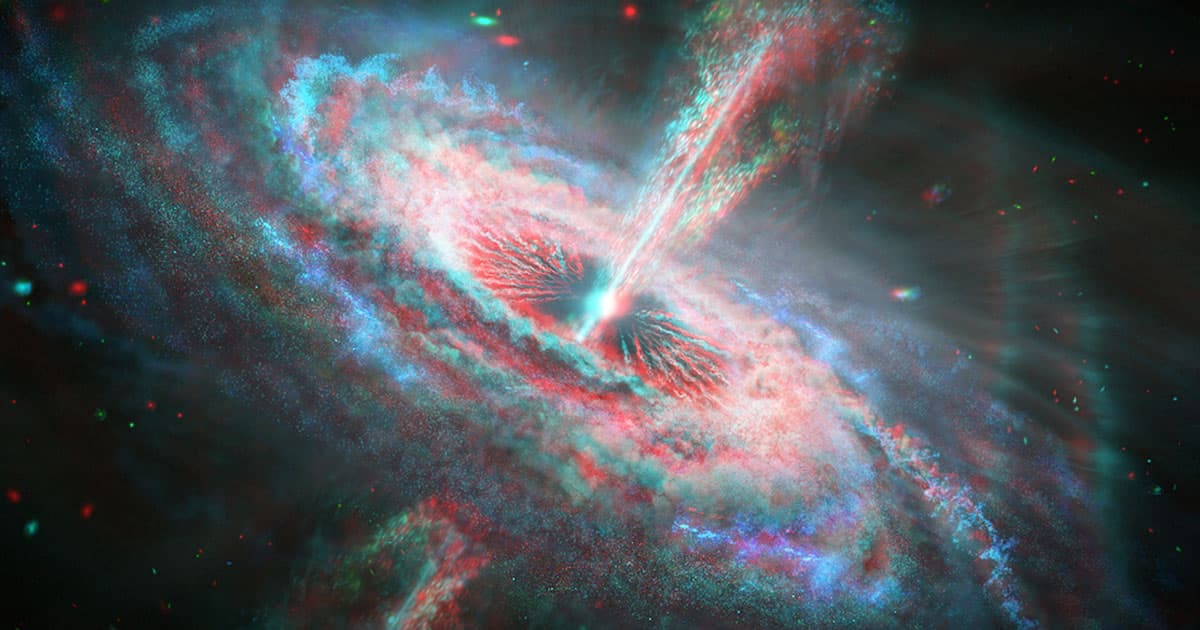 Behold the "Quasar Tsunami," Which Can Kill an Entire Galaxy

New data from NASA's Hubble Space Telescope details what may be the most powerful phenomena in the universe: the "quasar tsunami," a cosmic storm of such terrifying proportions that it can tear apart an entire galaxy.

"No other phenomena carries more mechanical energy," said principal investigator Nahum Arav of Virginia Tech in a statement. "The winds are pushing hundreds of solar masses of material each year. The amount of mechanical energy that these outflows carry is up to several hundreds of times higher than the luminosity of the entire Milky Way galaxy."

Arav and colleagues described the devastating phenomena in a series of six papers published in The Astrophysical Journal Supplements.

Basically, a quasar is a type of supermassive black hole at the center of a distant galaxy that spits out extraordinary amounts of energy. In a quasar tsunami, though, the phenomenon spins out of control, heating stellar material to billions of degrees — that's billion with a "b" — and flinging it into interstellar space.

The researchers believe the quasar tsunamis could explain a longstanding cosmological conundrum: why there are so few truly enormous galaxies in the universe.

Once a galaxy reaches a certain size, the theory goes, its central black hole goes postal in a quasar tsunami — and the rest, as they say, is history.