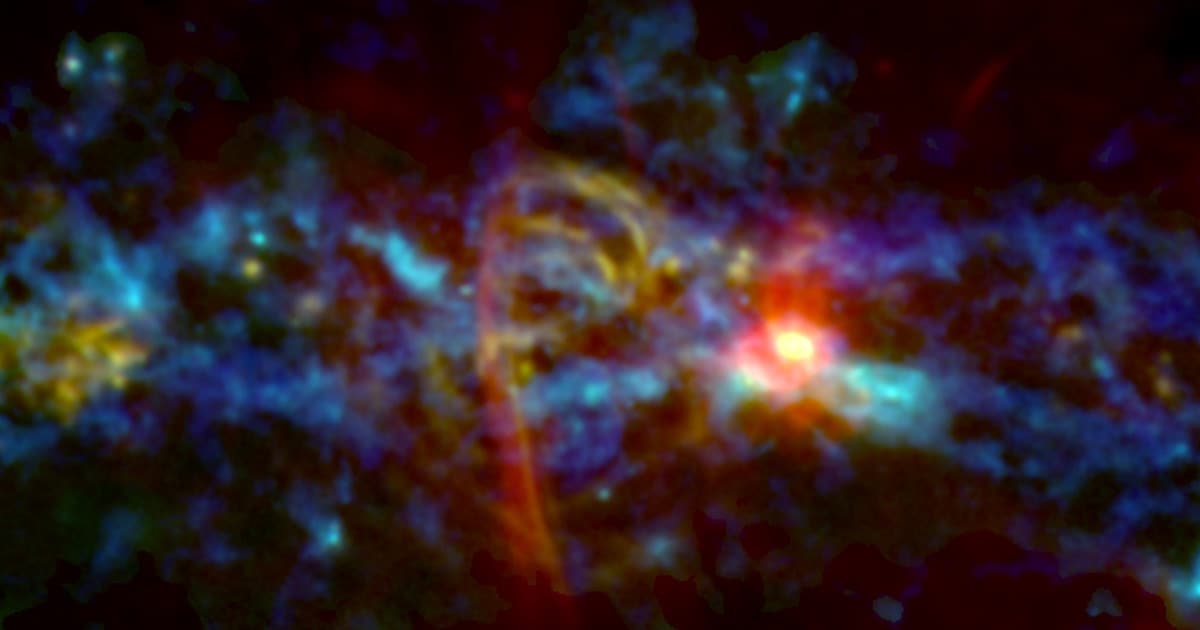 The celestial goody is made of enough raw materials for millions of years.

The celestial goody is made of enough raw materials for millions of years.

Deep within the central zone of the Milky Way, a bizarre cluster of dense gas clouds has taken the unusual form of a gigantic, cosmic candy cane.

CNN reports that the observation may help scientists understand the process through which our galaxy forms stars — because the cosmic candy cane, and the clouds surrounding it, contain the raw materials necessary to generate tens of millions of new stars.

The straight part of the candy cane — which researchers call "The Sickle" — is likely the source of high-speed electrons that NASA detected with a space telescope called GISMO, according to a NASA press release.

Scientists from the space agency published research in The Astrophysical Journal last month that connects those signals to areas that are actively churning out new stars.

"We're very intrigued by the beauty of this image; it's exotic," Johns Hopkins University scientist Johannes Staguhn, who led the research behind that new paper, told CNN. "When you look at it, you feel like you're looking at some really special forces of nature in the universe."

READ MORE: A 'cosmic candy cane' at the center of the Milky Way could hold clues to star formation, NASA says [CNN]

More on Christmas miracles: Watch an Electric Eel Light Up a Christmas Tree