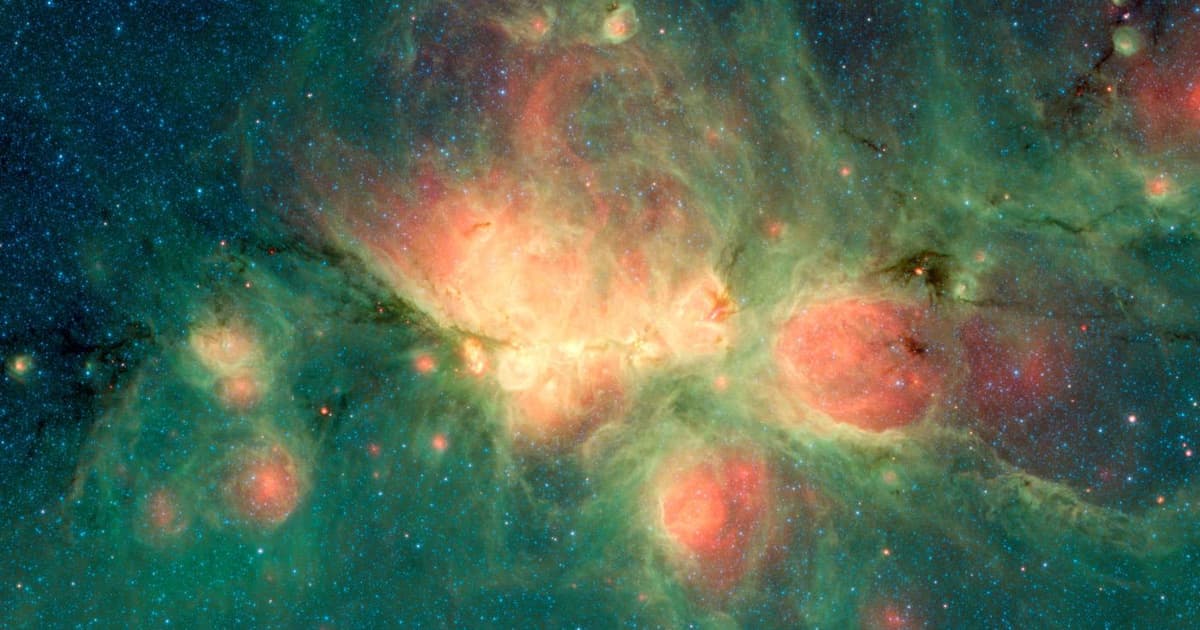 Astronomers May Have Been Wrong About The Milky Way's History

A new picture from the Very Large Telescope rewrites our cosmic origin story.

A new picture from the Very Large Telescope rewrites our cosmic origin story.

A new image of the center of the Milky Way has astronomers rewriting the history of our galaxy.

That's because the image, which reveals new information about 700,000 stars near the galaxy's core, contradicts scientists' assumption that new stars are constantly forming in that region, CNET reports. Rather, it suggests that star formation in the galactic center occurred mostly in our galaxy's infancy — before dying down for most of its life.

Existing scientific dogma holds that there was a more constant stream of star formation, but the new data suggests that 80 percent of stars in the region were created during the first high-activity period.

The Very Large Telescope's new survey found that the center of the Milky Way sprang back to life and began rapidly churning out new stars again about a billion years ago, according to research published Monday in the journal Nature Astronomy.

"This burst of activity, which must have resulted in the explosion of more than a hundred-thousand supernovae, was probably one of the most energetic events in the whole history of the Milky Way," lead author Francisco Nogueras-Lara of the Max Planck Institute for Astronomy said in a press release.

But other astronomers aren't quite ready to rewrite history — one new paper isn't necessarily enough to overturn everything they know. Monash University astronomer Michael Brown, who didn't work on the study, told CNET that the particularly-complex methodology of the new research didn't fill him with confidence.

"I find the evidence presented tentative rather than absolutely compelling," he said.

More on the Milky Way: The Milky Way's Supermassive Black Hole Just Did Something Wild