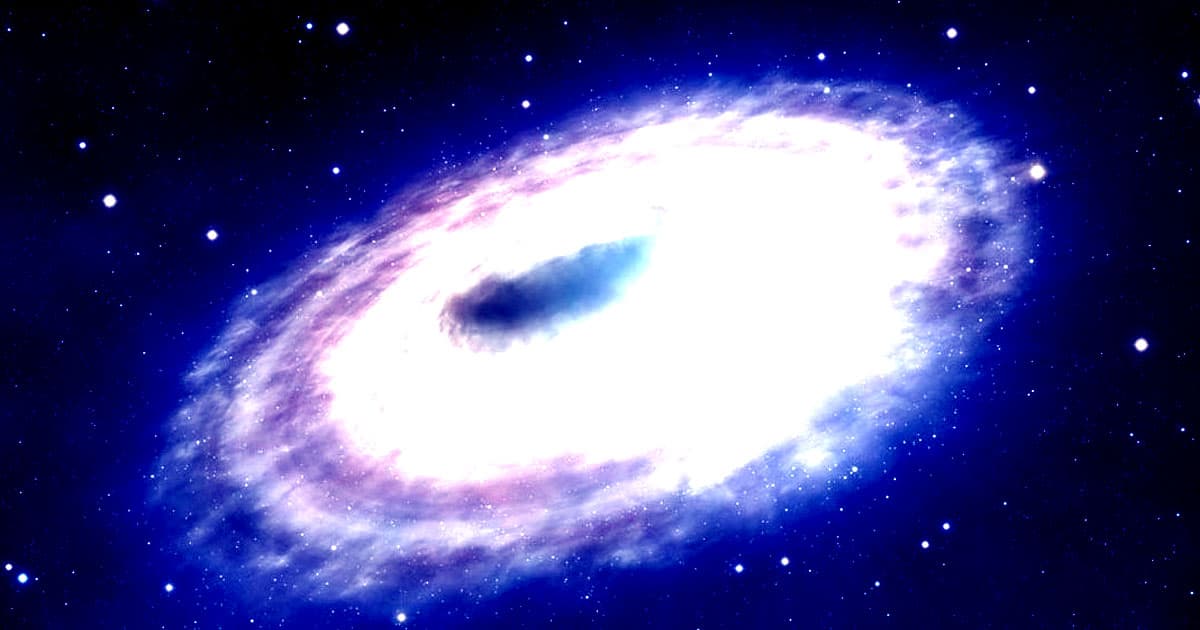 The Milky Way's Supermassive Black Hole Just Did Something Wild

Why did the center of the Milky Way just light up to the brightest levels we've ever observed?

Why did the center of the Milky Way just light up to the brightest levels we've ever observed?

The supermassive black hole at the center of the Milky Way, Sagittarius A*, grew 75 times brighter than usual over a two hour span — a flabbergasting cosmic event, since it's usually not very active and doesn't fluctuate much in brightness.

"I was pretty surprised at first and then very excited," astronomer Tuan Do of the University of California Los Angeles told ScienceAlert. "The black hole was so bright I at first mistook it for the star S0-2, because I had never seen Sgr A* that bright."

Here's a timelapse of images over 2.5 hr from May from @keckobservatory of the supermassive black hole Sgr A*. The black hole is always variable, but this was the brightest we've seen in the infrared so far. It was probably even brighter before we started observing that night! pic.twitter.com/MwXioZ7twV

The team of astronomers led by Do used data gathered by the W. M. Keck Observatory near the summit of Maunakea in Hawaii. Their observations, dating back to May of this year, were published in the The Astrophysical Journal Letters this month.

The flare up could have been caused by a nearby object being swallowed up by Sagittarius A* — an "accretion" event, as astronomers call it.

One possible victim: star S0-2, which orbits the black hole once every 16 years, could have had parts of it vacuumed up by the black hole, which could have "changed the way gas flows into the black hole, and so more gas is falling on it, leading it to become more variable," Do told ScienceAlert.

More on Sagittarius A*: Here’s the Best-Ever Image of the Black Hole Devouring Our Galaxy

Black Hole Snapshot
Scientists Release Image of Black Hole at Center of Our Galaxy
May 12
Read More
The Last Strand
Scientists Puzzled by Weird "Strands" at the Center of Our Galaxy
Jan 26
Read More
Star War
Scientists Are Trying to Figure Out How to Kill Stars with Black Holes
11. 29. 21
Read More
+Social+Newsletter
TopicsAbout UsContact Us
Copyright ©, Camden Media Inc All Rights Reserved. See our User Agreement, Privacy Policy and Data Use Policy. The material on this site may not be reproduced, distributed, transmitted, cached or otherwise used, except with prior written permission of Futurism. Articles may contain affiliate links which enable us to share in the revenue of any purchases made.
Fonts by Typekit and Monotype.