"We should not fear the supermassive black hole." 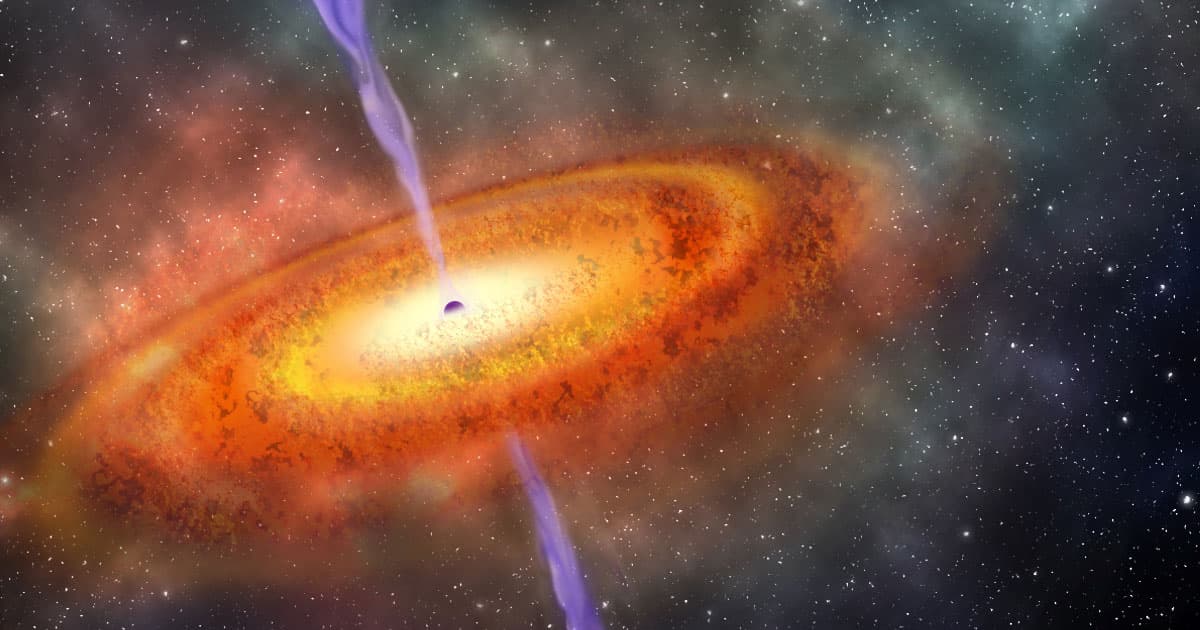 Researchers have captured the best-ever image of Sagittarius A*, the supermassive black hole at the center of our Milky Way galaxy, by using a new computer model to see through the haze of plasma surrounding the cosmic monster.

"The galactic centre is full of matter around the black hole, which acts like frosted glass that we have to look through to see the black hole," Max Planck Institute researcher Eduardo Ros told New Scientist of the discovery.

The fresh image of the black hole, which is twice the resolution of the previous best one, is described in a new paper in The Astrophysical Journal. Researchers used 13 powerful telescopes around the world to capture the image and have been teasing its release since earlier in January.

According to New Scientist, astrophysicists had assumed that such a black hole would show a gigantic jet of matter and radiation. Surprisingly, they didn't find such a jet coming out of the Milky Way's monstrous black hole. Either it doesn't have one — or they can't see it because it's pointed directly at us.

Even if that were the case, Ros cautioned, it's not cause for alarm.

"If anything is there, it will be a length that is 1,000 times less than the distance to us," Ros told New Scientist. "There is no danger at all – we should not fear the supermassive black hole."

READ MORE: Our Galaxy’s Supermassive Black Hole May Be Spewing Matter Right at Us [New Scientist]

More on Sagittarius A*: New Image Confirms a Black Hole Is Swallowing Our Galaxy

Read This Next
Black Hole's Sun
Scientists Just Released the First-Ever Image of a Black Hole
On The Event Horizon
Here's Why Everyone's so Excited About the Black Hole Image
Planetary Seeds
Interstellar Visitor Like 'Oumuamua May Have Formed Earth's Core
Distinct Kink
The Milky Way is a Lot More Warped Than Scientists Thought
Bright Spot
Newly Spotted Quasar Is 600 Trillion Times Brighter Than the Sun
More on Off World
TMNT
Friday on the byte
Chunky Turtle Spotted Near NASA's Mega Moon Rocket
Cloud Spotting
Thursday on the byte
NASA Needs Your Help Spotting Clouds On Mars
Rolling Coal
Wednesday on futurism
Space Travel Will Absolutely Gut the Environment, Scientists Warn
READ MORE STORIES ABOUT / Off World
Keep up.
Subscribe to our daily newsletter to keep in touch with the subjects shaping our future.
+Social+Newsletter
TopicsAbout UsContact Us
Copyright ©, Camden Media Inc All Rights Reserved. See our User Agreement, Privacy Policy and Data Use Policy. The material on this site may not be reproduced, distributed, transmitted, cached or otherwise used, except with prior written permission of Futurism. Fonts by Typekit and Monotype.