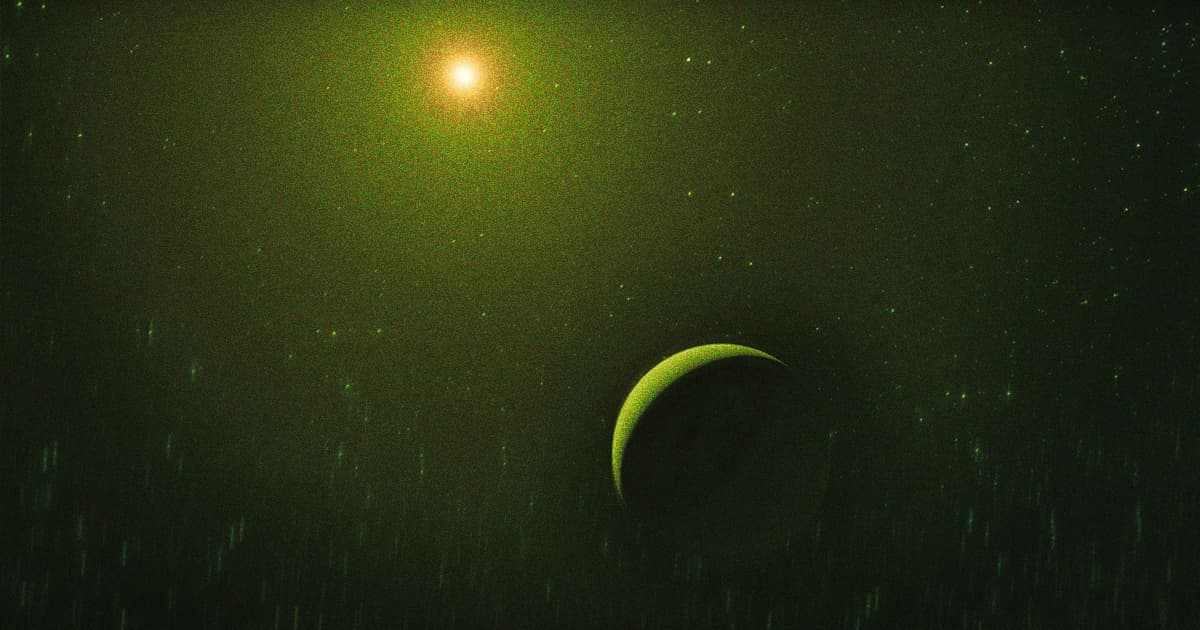 "The planet in the habitable zone may have an atmosphere that could protect and support life."

"The planet in the habitable zone may have an atmosphere that could protect and support life."

Scientists took a closer look at a rocky exoplanet orbiting a star just 35 light-years from us which, due to its proximity to its host star L 98-59 and its potentially watery environment, seems to be a great candidate in the search for alien life.

It has just half the mass of Venus, but a large portion of that mass seems to be made up of potentially life-supporting oceans, according to research published in the journal Astronomy & Astrophysics on Thursday.

"The planet in the habitable zone may have an atmosphere that could protect and support life," astronomer at Spain's Centre for Astrobiology and study coauthor Maria Rosa Zapatero Osorio said in an observatory press release.

Using the ESPRESSO instrument on the European Southern Observatory (ESO), a team of European scientists managed to study the tiniest exoplanets ever detected using the radial velocity technique, which detects new worlds by measuring their gravitational tug on their host star.

Unfortunately, the exoplanet L 98-59b, the smallest of the bunch and the only one they suspect has oceans, is too tiny for scientists to directly image or analyze the chemical makeup of its atmosphere. They assume, however, that it could carry water based on the data they could extrapolate about its mass and because it's close enough to its star to be warm but not boiling hot.

However, the team is optimistic that upcoming observatories and astronomical tools, like NASA's James Webb Space Telescope and the ESO's Extremely Large Telescope, will allow them to peer closer, and figure out whether or not it can host life.

"This system announces what is to come," lead study author and University of Porto scientists Olivier Demangeon said in the release. "We, as a society, have been chasing terrestrial planets since the birth of astronomy and now we are finally getting closer and closer to the detection of a terrestrial planet in the habitable zone of its star, of which we could study the atmosphere."