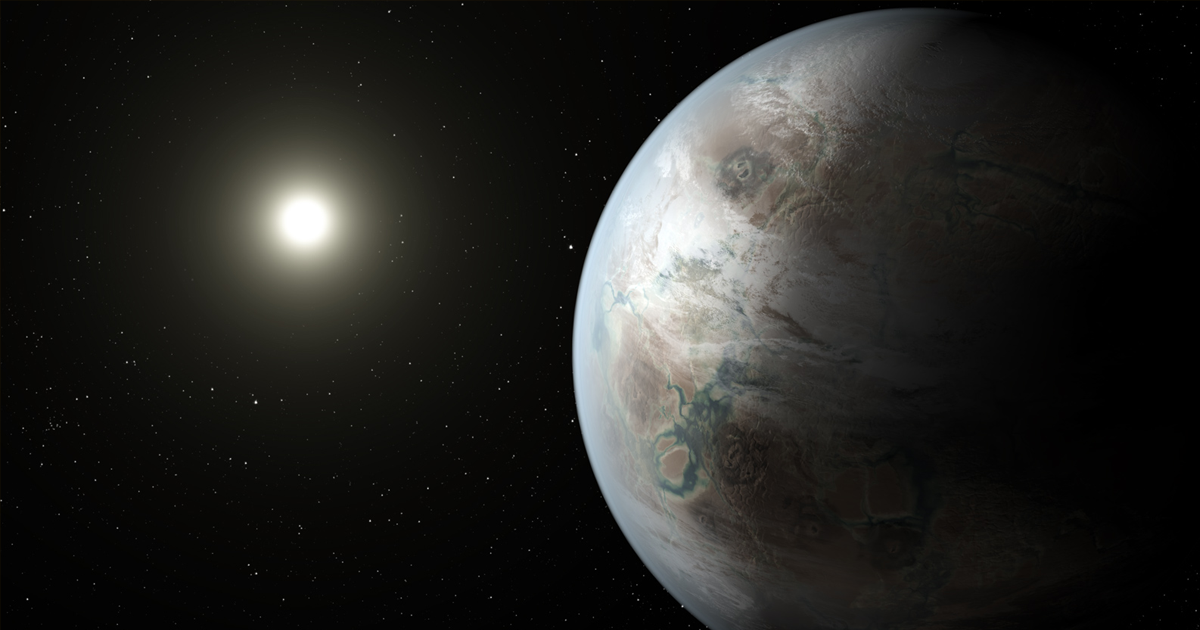 Astronomers think liquid water could flow on its surface.

Astronomers think liquid water could flow on its surface.

To date, scientists have discovered about 4,000 exoplanets, the term used for planets that reside outside Earth's solar system.

About 96 percent of those exoplanets are far larger than Earth, but thanks to a new search algorithm, a team of German astronomers has discover 18 new Earth-sized exoplanets — including one they say in a press release "could offer conditions friendly to life."

The astronomers found these exoplanets in data from NASA's Kepler Space Telescope using an algorithm designed to detect dips in a star's brightness that would signal the passing of an orbiting planet.

This data had been analyzed previously, but because their method was more sensitive, the astronomers were able to uncover the 18 overlooked planets — and they expect the method will lead to the discovery of 100 more.

At just 69 percent the size of the Earth, one of the newly detected exoplanets is the smallest ever discovered. However, the most interesting new exoplanet might be the one the astronomers discovered orbiting within the so-called "habitable zone" of a red dwarf star.

"At this favorable distance from its star," they write in the press release, "this planet may offer conditions under which liquid water could occur on its surface — one of the basic prerequisites for life as we know it on Earth."

Absolute Unit
Scientists Discover Gigantic New World that Defies Previous Planetary Understanding
12. 8. 21
Read More
So Close But So Far
Astronomers May Have Spotted a New Planet Around the Nearest Star
2. 10. 21
Read More
Science is Hard
Extremely Dubious Scientist Believes There's Mushrooms and Lichen on Mars
6. 30. 20
Read More
+Social+Newsletter
TopicsAbout UsContact Us
Copyright ©, Camden Media Inc All Rights Reserved. See our User Agreement, Privacy Policy and Data Use Policy. The material on this site may not be reproduced, distributed, transmitted, cached or otherwise used, except with prior written permission of Futurism. Articles may contain affiliate links which enable us to share in the revenue of any purchases made.
Fonts by Typekit and Monotype.