Most Distant Object in the Solar System Discovered 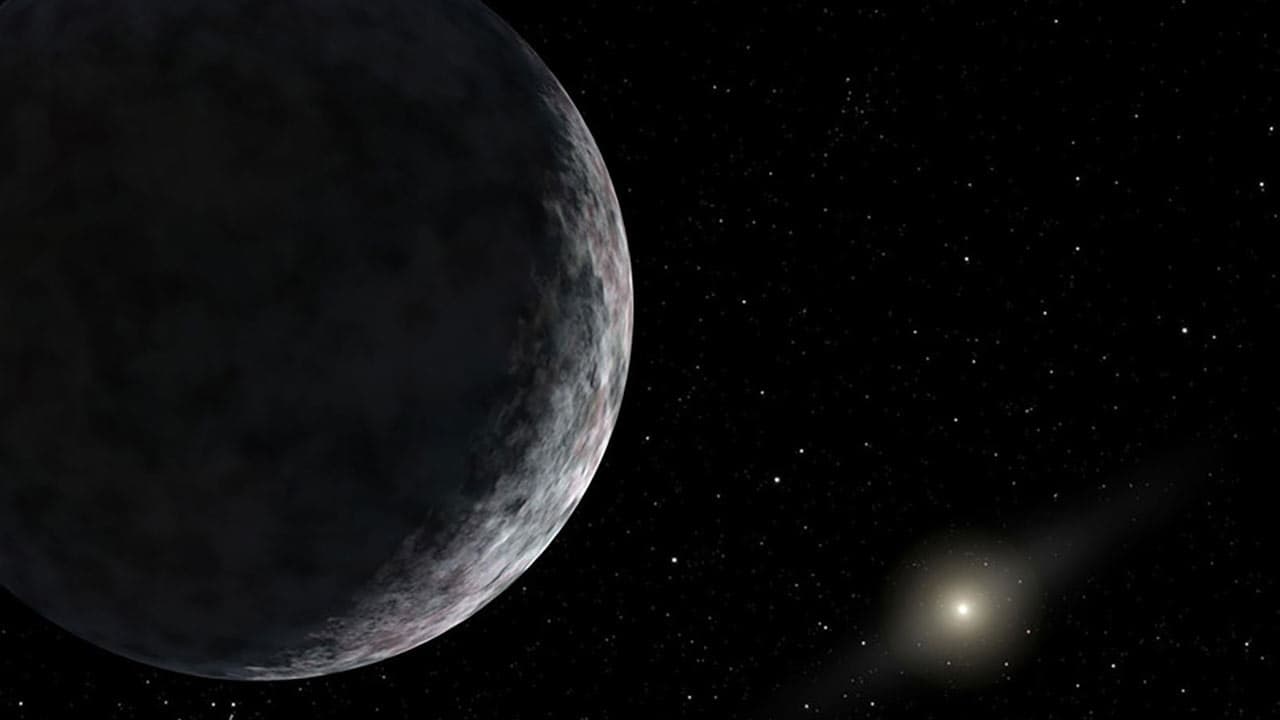 Being three times as distant as Pluto, V774104 is officially the most distant object yet in our solar system. The discovery was made using Japan’s 8-meter Subaru Telescope in Hawaii. Unlike many searches for distant objects that peer into the solar system's plane, Subaru was used on swaths of the sky an average of 15° away from the ecliptic for finding other unusual objects. The dwarf planet, which is 15.4 billion km from the Sun or 103 astronomical units (AU) away (One AU is the distance between Earth and the Sun.), is between 500 and 1000 kilometers across. Another year may be needed for scientists to determine its orbit, but it could be classified into a class of extreme solar system objects whose unusual orbits suggest the hypothetical influence of rogue planets or nearby stars. Currently, scientists still can’t explain the orbits of these objects.

V774104 could eventually be classified into one of two groups. If its orbit will take it closer to our Sun, it would become part of the icy worlds whose orbits can be explained by gravitational interactions with Neptune. If its orbit never brings it close to the Sun, it could join a group with only two other members, Sedna and 2012 VP113. These two dwarf planets never come within 50 AU of the Sun, and their orbits swing as far out as 1000 AU. The eccentric orbits of these kinds of planet cannot be explained by the known structure of the solar system, meaning something else had to perturb their orbits. Possible explanations include an unseen giant planet that still orbits in the deep or one that was ejected from the solar system. Other theories include gravitational forces, acting on the solar system when the protosun was surrounded by other stellar nurseries, could have provided the necessary nudges.

Read This Next
Monkey Business
China Plans to Send Monkeys to Space Station to Have Sex With Each Other
Overview Effect
William Shatner Says His Space Trip Left Him With a Feeling of Terrible Grief
Astronaut Drip
We Just Got the First Peek at NASA's Artemis Moon Landing Suits
Blast Off
Former Astronaut Details Quest to Grow Cannabinoids in Space
RIP
Unfortunate Comet Flies Too Close to the Sun, Disintegrates and Becomes a Ghost
More on Off World
Hall Effect
Yesterday on futurism
Test Suggests Ion Thrusters Could Power Crewed Interplanetary Missions
CHON: Legacy
Yesterday on the byte
James Webb Discovers Coldest Ice in Known Universe, Harboring Molecules Essential For Life
Is There?
Yesterday on the byte
NASA Setting Up Facility For Mars Rock Samples That Might Contain Alien Life
READ MORE STORIES ABOUT / Off World
Keep up.
Subscribe to our daily newsletter to keep in touch with the subjects shaping our future.
+Social+Newsletter
TopicsAbout UsContact Us
Copyright ©, Camden Media Inc All Rights Reserved. See our User Agreement, Privacy Policy and Data Use Policy. The material on this site may not be reproduced, distributed, transmitted, cached or otherwise used, except with prior written permission of Futurism. Articles may contain affiliate links which enable us to share in the revenue of any purchases made.
Fonts by Typekit and Monotype.